Juan Francisco Estrada (25-2, 18 KOs) gave an impressive display of all-round boxing tonight at the Venetian Resort, Macau, China, in retaining his WBO and WBA world flyweight titles, with a decision win over the previously unbeaten Milan Melindo (29-1, 12 KOs). In his first title defense, Estrada showed that he is developing into a formidable boxer-fighter, who can vary his approach and strategy according to the opponent in front of him. Melindo was a courageous challenger and was always dangerous, but after boxing his way carefully through the early rounds and picking up points with his sharper hand speed, Estrada upped the tempo from the 8th round when the fight really took off as a toe-to-toe battle. Estrada took over the fight from the 9th, as his powerful shots started taking their toil on Melindo. The defending champion dropped Melindo late in round 11, had his brave challenger in trouble, and staggered in the final stanza, but to his credit, the gutsy Melindo lasted until the end. Estrada won a deserved decision, with perhaps surprisingly lopsided scores, (118-109, 117-109, and 118-109) in what had been a competitive fight, but many of the close early rounds had been won by Estrada’s sharper punching. The champion, at 23 years of age, looks like he may well develop into one of today’s outstanding ‘champions’ and there could be some exciting fights for him in the near future. 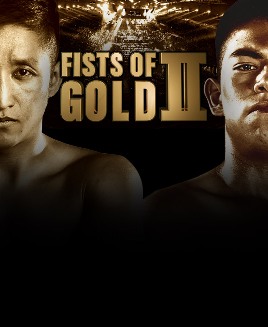 Although he lost Melindo gave a good account of himself, in what was his first attempt at a ‘world title,’ and he is definitely good enough to pick up one of the other many titles floating about at the present time, but on this occasion, he came up against a young Mexican champion who was simply too good for him.

The man for whom this card was supposedly all about, Zou Shiming (2-0), had his second bow as a professional in front of his adoring Chinese fans, but although he came out with the all-important victory, the former Olympic champion’s flaws were once again plain to see. Shiming’s opponent, Jesus Ortega (3-2, 2 KOs) was clearly handpicked and very limited, but managed to make things difficult for Shiming in the last two rounds, as the Chinese idol tired. Shiming tried hard to get a knockout victory, but had to be happy with a decision win, after six hard fought rounds. It is difficult to see how Shiming has any chance of winning a world title, of any description, even with Freddie Roach in his corner. Shiming’s biggest problem is that he lacks adequate power for a professional, at the same time, does not have anything like the technical boxing ability of Guillermo Rigondeaux. Roach will try to turn him into an all-action slugger, but with his lack of strength, the Chinese man faces a daunting task when he fights anyone of decent ability. Then again, with Bob Arum and all of China behind you, nothing is impossible. At least Bob hasn’t labelled Shiming as boring yet; Shiming has far too many fans willing to pay out to watch him, for old Bob to be bored by him.

In another world title fight on this card Evgeny Gradovich 17(8kos)-0 successfully defended his IBF world featherweight championship against Mauricio Munoz 26(12kos)-5. Gradovich won a lopsided decision after dominating a game, but out-gunned Munoz in what was an entertaining fight. With only seventeen fights under his belt, Gradovich still has some way to go, before he can be considered a genuine ’world champion’.

Other fights on the Macou card:

In a good old-fashioned humdinger of a fight, super bantamweights Genesis Servania (22-0, 8 KOs) and Konosuke Tomiyama (23-6-1, 8 KOs) exchanged two knockdowns apiece, and plenty of leather as well, before their fight was prematurely stopped in the 9th round due to an accidental head butt. The fight started off with a first round straight out of a Rocky film, as Servania dropped Tomiyama early in the 1st round, only to then be dropped twice himself, in the same round. Fortunes swung back and forth in the following rounds, as the two men engaged in an all out war. Servania dropped Tomiyama again at the end of the 3rd round, and seemed to be having the edge in the action, when the fight was stopped in the 9th round due to Servania suffering a severe cut from an accidental head butt. Servania won a split technical decision by scores of 87-82, 86-83, and 84-85. This is certainly a fight that is screaming out for a rematch.

In a battle between unbeaten heavyweights, Andy Ruiz Jr. (20-0, 14 KOs) showed good power and hand speed, in dispatching Joe Hanks (21-1, 14 KOs) in the 4th round. The aggressive Ruiz floored Hanks twice in the 4th round, before the referee had seen enough and stopped the fight.

Fighting at super bantamweight, Dave Penalosa (7-0, 5 KOs) knocked out Ngaotawa Sithsaithong (10-11-1, 5 KOs) in the third round, with an impressive display of punching power. Penalosa is the son of former world champion Dodie Boy Penalosa, and is starting to show some genuine talent of his own.

What a shame that we couldn’t be treated to seeing the brilliant skills of Guillermo Rigondeaux on this card? The sport of boxing is certainly a murky and Machiavellian world at times, how ironic that some of it’s greatest practitioners, find their most difficult obstacles thrown at them outside the ring, by the very people who are supposed to be working for them.