Last week, between all my writing gigs and on a relatively slow news week, I wrote to a number of fight fans totaling well over six-figures, yet somehow, someway, I am a virtual unknown among my boxing writing peers– or, at least, that’s what they say when my name is brought up and someone is bitching about the nerve I have to question another media member. 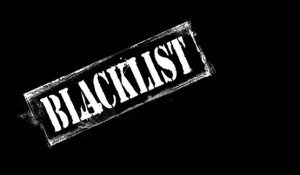 “Who is that guy? Probably an asshole!”

In the past, I never really cared to spend too much of my time with these glad-handing self-proclaimed experts. And that has brought about my demise, at least in the eyes of my peers. You see, if there’s anything that loves company more than misery, it’s the brotherhood of boxing scribes– a collection of men bound together by their pathological need to be something they aren’t.

Remember, for the most part, the boxing writing biz is a world made up of comfortable white suburban men who dabble in blood and pain as a hobby, but have never really felt a real moment of discomfort in their lives. Most travel in a tight circle of like-minded lightweights who will affirm their own take on a sport they only half-understand and will diligently ignore and freeze out all of those with dissenting and/or threatening world views.

I’ve found myself on the receiving end of such freeze-outs on numerous occasions and, unfortunately, fellow staff members here at The Boxing Tribune have also felt the silent wrath of a spiteful “brotherhood.”

Big stories, important angles, well-written work has been ignored because we refuse to be “one of them.” In the past, when we went after the usual suspects in the sport, this wasn’t the case. We received frequent mentions on several sites and blogs. But as we started to point the occasional finger at the media, we noticed less and less of a willingness to credit our work or even acknowledge it– regardless of the story.

As we can see from their constant need to form all sorts of fraternal brotherhoods and secret societies, these guys like and gleefully foster the Us vs. Them mentality. And The Boxing Tribune has definitely fallen into the “Them” category.

But now, in my old age and at various weak points of long, sleepless nights here in Mexico with too much time on my hands, maybe I do think about the problems involved in being a boxing media pariah. Maybe deep down inside I do want some recognition from my peers. Maybe not. Maybe I’d just like to have our important work see the light of day through media shares. Maybe I’m still optimistic that somebody cares about something beyond waxing poetic and ass-patting one another like privileged country club dick heads.

I’ve learned that there’s a quid pro quo in this business. Criticize the “wrong” pet project and you may as well no longer exist to some. Even if reporting exclusively on the end of the world, don’t expect the slightest acknowledgement, unless it’s via flat-out theft.

Whether it be a fighter’s struggle with tax issues, glove tampering, a payola scandal in boxing, or just some unique takes on existing stories– you can count on The Boxing Tribune’s work being completely ignored by fellow media. And that’s fine. It’s not like we don’t reach the public directly and need retweets and friendly mentions to get the word out. And, really, who wants to rub elbows with the swamp ass and sour shoe set or join one of their secret brotherhoods and fraternal societies?

But it sure would be swell if doing our jobs as skeptical, dedicated observers of the sport wasn’t made ten times harder by those supposedly entrusted with the same duties.

The point to all of this is to show you, the reader, just how small-minded, vindictive, and cowardly most of the boxing media is. It should also give you an idea of how little you should actually trust their ability to be fair and balanced on many of the bigger issues affecting the sport.

Paulie Malignaggi tends to talk out of both sides of his mouth. but what he recently said was 100% on the mark:

“If boxing was a mainstream sport, a lot of you guys would not have a job because real media guys would be covering it.”

It appears that the only way I could, personally, get back in the media’s good graces and bask in the awesomeness of unlimited Retweets is to find a good cause. You know, some aspect of boxing that I could publicly champion. It has to be something sexy and, of course, something that I could never actually resolve. The sport and my fellow scribes would tear me to shreds if I actually meant to accomplish something above and beyond the boundaries of a boxing column.

I could always champion the cause of literacy. Who knows, maybe my dogged efforts to add first hand knowledge and critical thinking to boxing writing would result in the editors at my other gig allowing me to use grown up words and not shy away from anything more complex than a Floyd Mayweather Top 5 list.

Maybe I could take up rankings, like the transnational, Transylvania boxing board and make Wladimir Klitschko “earn” his pretend title before pretending to crown him in my own super secret rankings meeting. I could then sell my propaganda to boxing-ignorant mainstream publications and a disheveled Teddy Atlas who, like the rest of the world, was never even given a clear understanding of how my blogger buddy Twitter clique rankings crew operates.

I could do the PEDs thing like our good friend Gabe Montoya, with visions of Victor Conte in a thong and playing bass guitar, snake dancing in front of a VADA logo holding a hypoxicator mask. I could go undercover like Montoya said he wanted to do, take steroids, and see if I could write a whole boxing column without the tireless clean-up efforts of a team of managing editors.

I could always just pick one fighter and rail against him, like bottom-feeder Scoop Malinowski and his angry homo-erotic crusade against Floyd Mayweather.

Maybe I’ll focus on throwing flowers at one specific fighter, like the small club of female scribes who diddled themselves while writing stories about Sergio Martinez or the similarly small group of closeted male scribes who wrote angry hate articles about Martinez in which they always had to comment on his cursed, infernal good looks.

Or when all else fails, I guess I could take up the cause of most high-minded, beard-stroking bloggers and simply stand for nothing, claiming that my lack of sack was, in reality, fair-minded objectivity– and no, absolutely NOT  a desperate attempt to preserve a really cool hobby that gets me free entry into the fights and a momentary escape from the soul-sucking reality of boring suburban life.

Or maybe, they can all go fuck themselves and I’ll just keep being that one guy who insists on asking the questions never asked and trying to poke holes in BS propaganda.

On a semi-related note, my attempt at having a frank, no holds barred interview with blogger Tim Starks about his Transnational Boxing Rankings Board last week turned out to be one big waste dump for propaganda and circular reasoning. The end result was a frustrated me and, predictably, an attempt from Starks to personally discredit me on social media for having the nerve to challenge his final word. Because, you know, if I cry “Bull Shit,” it’s clearly because I just can’t understand his awesomeness. Surprisingly, Starks’ interview with one of his own board members went just peachy.

Anyway, I went in for a second dip last week and tried talking to one of the other founding members, Cliff Rold, via Facebook.

To his credit, after trying to shovel up some of the same propaganda I’ve heard and read over and over again, he was willing to answer two very key questions about his group and what I feel to be the inherent dangers involved in the creation of such a media cabal. (And, by the way, before media-types spend half a day blasting me for using a Facebook conversation, Rold gave his permission to quote this exchange)

Rold: No, we are not opening the forum discussions to the public at this time.

Me: Does this “under wraps” policy also go toward the explanation of how and why members are asked to join? Will there someday be objective criteria for membership or will it always be via direct invite from founders/chairs?

Rold: It’s not an under wraps policy. I dispute that notion. We feel protecting the free exchange of ideas among members is important. We are happy to explain, and do, how conclusions were reached and to interact with anyone who has a question on the site etc. I think we meet the burden of transparency there. Your issue is with a degree of transparency. I understand you disagree. We are just going to disagree.

Me: I’m not aware of there being a degree of full transparency…like being a little bit pregnant…you are or you aren’t. But I hear you, so the answer to my second question would be: No, offers of membership will still be handed out at the sole discretion of the founders/chairs?

Rold: On members, we will continue to select members but are always open to suggestions. Board members suggest people all the time. If you have any suggestions, we’d be happy to take a look at them. We didn’t know everyone we asked to join personally but we looked for people of good reputation who were knowledgeable of the sport. We’re still always looking. We want robust debate among members and multiple perspectives. There were some who, for various reasons (other commitments, just not interested etc.), turned us down. Others joined up. I think the idea of a set criteria, or application, could be something to discuss as we get further established.

Me: So, offers of membership will still be handed out at the sole discretion of the founders/chairs?

You can email Paul at paulmagno@theboxingtribune.com or watch as he skillfully wedges in the word “ephemeral” in each of his next six articles.. You can also buy his book, Notes from the Boxing Underground! Paul is a full member of the Burger King Kids’ Club, a born iconoclast, and an ordained minister in the Universal Life Church.