It doesn’t seem that long ago that fans of the heavyweifght division in boxing were very stoked about an upcoming Germany-based, Russian heavyweight who fought under the now defunct Universum banner, an unbeaten, muscular, good-looking athlete named Denis Boytsov. 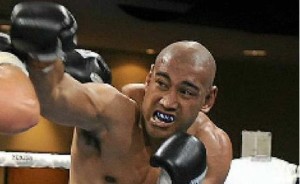 While not having the size that current successful heavyweights like the Klitschko Brothers, Tyson Fury, Robert Helenius, Deontay Wilder and others possess, Boytsov seemed the style of fighter that, like Mike Tyson, could use his sheer strength and willpower to blast opponents of any size out of the ring.

Universum issued a well-done video of Boytsov entering the ring to an aggressive sounding, German AC/DC styled band (no doubt hoping to make an association to the more aggressive Klitschko brother, Vitali, who enters the ring to AC/DC’s “Hell’s Bells”) and then showed a series of highlights of Boytsov blasting opponents nearly out of the ring.

It was an impressive spectacle, and many fans of heavyweight boxing looked forward to the future of Denis Boytsov, who was still a young man and had plenty of time to develop. But a series of management problems with Universum, and hand injuries that plagued him after many bouts, took their toll. While Boytsov kept racking up wins, his career was showing few signs of progressing, with victories over names like Mike Sheppard, Mathew Greer, Darnell “Ding-A-Ling Man” Wilson, and Dominick Guinn not creating any real excitement among Boytsov fans.

Leapai was known as a hard-punching heavyweight who had failed when he tried to step up, as he did when he lost to American Kevin Johnson (29-3-1, 14 KOs) in 2012, stopped in the ninth round by the man who had virtually been shut out by Vitali Klitschko in 2009.

Today, however, it was Leapai who stepped up and ruined the debut of Sauerland’s new heavyweight acquistion, their possible replacement for the recently disappointing Alexander Povetkin, the “regular” WBA heavyweight champion easily beaten by world champ Wladimir Klitschko.

There was an ominous feel in the air today when, as noted by the British announcers of the fight, Boytsov showed up looking a bit soft and pudgy, far from resembling the granite-like physique he had shown in previous bouts. And by the third round against Leapai, who had obviously taken this chance to get a championship shot at one of the Klitschko brothers seriously, Boytsov was breathing through his mouth and looking worse for the wear of his supposedly joyous Sauerland debut.

By round six, it was Boytsov who was takig most of the hard shots, including some hard body blows that seemed to be quickly sapping the German heavyweight’s strength. At the end of round seven, a hard shot put Boytsov on the canvas briefly, and even though he also slipped during the exchange, the fighter received a ten-count.

Round eight saw the fading Boytsov rocked by strong left and right-handed power shots by Leapai, and the following round saw Leapai make use of a good jab to set up yet another knockdown of Boytsov. A wicked body shot saw Boytsov again go down as the bell to end round nine ended.

Boytsov made some attempt to rally and save his unbeaten record in the tenth and final round, when another lethal body shot in the corner from Leapai put an end to those plans. When the final scores were read, it was evident just how woefully short Sauerland’s new heavyweight wonder boy had come: 98-90 and two scores of 96-92 in favor of Leapai must have warmed the hearts of fight fans Down Under who had seen their hero David Tua come up short a week ago against Alex Ustinov. The formerly dangerous Boytsov had failed to even hurt the Aussie heavyweight.

After the fight, Leapai revealed that he tore a calf muscle in the seventh round, “but pushed through the pain” in order to emerge victorious and hopefully challenge one of the Klitschko brothers.

And also after this fight, one feels that there is still much pain ahead for Denis Boytsov (33-1, 26 KOs) if he is ever to regain the momentum he once possessed..