When Guillermo Rigondeaux (12-0, 8 KOs) steps through the ropes at the Boardwalk Hall, Atlantic City, New Jersey this weekend, to defend his WBO and WBA world super-bantamweight titles against Joseph ’King Kong’ Agbeko (29-0-4, 22 KOs), it will be his first competitive appearance in a boxing ring since his emphatic victory over Nonito Donaire last April. 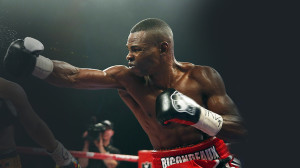 After such a victory over a boxer of Donaire’s stature, a fighter rated as one of boxing’s top pound-for-pound practitioners, it would be expected that Rigondeaux would be feted and praised, and given his just due, as having proved himself one of the sport’s elite. Unfortunately, nothing could be further from the truth, which is part of the reason why ‘Rigo’ has not fought since the Donaire bout, and has struggled to gain this last month of the year outing.

Immediately following ’Rigo’s triumph over Donaire, in their highly anticipated unification fight, there began an orchestrated smear campaign to devalue ‘Rigo’s victory, and minimize Donaire’s defeat. Astonishingly, this campaign originated from Rigondeaux’s own promoter, Bob Arum, and was supported and encouraged by HBO. Rigondeaux had won the fight, but he was boring, was the general opinion from Bob Arum, in fact he had made both fighters look boring it seems. Arum went on to say that promoting Rigondeaux in the future would be no easy task, and that the very mention of his name to members of HBO ’made them vomit’.

This attitude from Arum has set the general tone for most of the summer; Rigondeaux had become little more than a pariah to his own promoter, his crime… winning a fight, he shouldn’t have won. Rigondeaux, with his magnificent amateur record, but limited professional career, had been brought along as impressive fodder for Arum’s favourite, Donaire. After all, how could a 33 year-old, with just 11 pro fights, beat a boxer of Donaire’s standing and experience?

Unfortunately, for Arum, he didn’t share his vision of the script with Rigondeaux. Worse of all, not only did Rigondeaux win, he performed a good old-fashioned schooling of the ’Filipino Flash’. Furthermore, Donaire did not go down fighting, but rather wincing, and on the retreat, after being caught on the eye in the last round.

If you listen to Bob Arum, and HBO, the reason that Donaire’s only notable success throughout the fight, came with a flash knockdown in the 10th round, was all part of Rigondeaux’s negative and boring tactics. Seldom has a winner of a major fight been so maligned and by the very people who are supposed to be supporting and representing him. It has been a bitter pill for the Cuban refugee to swallow.

Rigondeaux’s success has been gained with many years of hard work and painful sacrifice. Though he has had only twelve professional contests, it would be a mistake to think of his rise as meteoric, and gained with ease. His is a success borne from many years of toil as an amateur for Cuba, and then the huge sacrifice he made when he left his wife and family behind when he left Cuba for America, in order to follow his dream of professional career, and world titles. ’Rigo’ has now won the titles he once dreamed about, with phenomenal success for such a short pro career, but only he knows how bittersweet his triumphs have become for him. Certainly, the Donaire fight has shown him that the American dream can be a complex thing, and that the bottom line in boxing is not what you do, but how many people are willing to watch you doing it.

Part of the problem is that there is a strong antipathy in modern boxing to almost everything that constitutes ‘the sweet science’. Any boxer who employs a jab, some movement, and semblance of a defence, is labelled as ‘boring’ and a ‘runner’ .

Floyd Mayweather, the sport’s master craftsman, has built his career and following upon his larger than life character, rather than people’s enthusiasm for his use of boxing skills that seem otherwise almost extinct. Bernard Hopkins, a self-taught craftsman and defensive genius, has had to wait until his late 40’s to get most of the credit that was due to him at least a decade earlier. In comparison to Mayweather and Hopkins, ‘Rigo’s situation is bleak, he is an outsider, both in boxing style and by birth; no matter that his defensive and technical mastery rivals that of both Mayweather, and Hopkins.

This is a sport in which a boxer like Hopkins, despite all his age-defying achievements, is still the brunt of jokes about him being a cure for insomnia. It seems some boxing fans believe that the sweet science is drinking a large coke, while watching two men go toe-to-toe, with not a jab in sight.

After months of stewing about his treatment by Arum and HBO, when he has had little to do, but occasionally issue indignant arguments in his own defence, Rigo finally returns to the ring on Saturday. He must be hoping that this is the first step to moving on from the post-Donaire victory witch-hunt, he has had to endure for the past eight months.

Rigo takes on a tough opponent in former IBF World Bantamweight champion Joseph ‘King Kong’ Agbeko. Although he has fought just once in the past two years, the Ghanaian is a clever and dangerous opponent, who can both box, slug it out, and has a decent dig.

Agbeko knows the bittersweet highs and lows of the boxing game, having been a victim of some scandalous refereeing, when he lost his Bantamweight championship to Mexican Abner Mares in August 2011. In that fight, Mares hit Agbeko low more than twenty times, yet never had any points deducted by a referee, who could at best, be described as inept, at worse, perhaps something a whole lot darker. Certainly, the fight was officiated as if it were the Abner Mares’ show, from start to finish. The referee saved his best work for late in the fight, when he watched Agbeko go down in the 11th round after being hit low yet again, and promptly scored it a knockdown.

The subsequent point’s verdict for Mares, was controversial, as many felt Agbeko had done enough to retain his title, especially when he was literally fighting two men in the ring that night, Mares and the referee. Had the referee not ruled a knockdown in the 11th round, Agbeko would have retained his title on points. Although, in their rematch four months later, Mares clearly out-boxed Agbeko, but their first match still leaves a sour taste in the mouth.

Since the second Mares’ fight in late 2011, Agbeko has fought just once; a points win in which be beat Luis Melendez for the IBO world bantamweight title. But despite his inactivity Agbeko is no easy fight for Rigondeaux; ’King Kong’ is a battle-hardened warrior who will be looking at this as his last chance to regain world championship status. There is little doubt that Agbeko will come to fight, and he is unlikely to go into a defensive shell, as Nonito Donaire did against the slick Cuban champion. However, against the skills and strength of Rigondeaux, ‘King Kong’ is likely to be found wanting.

This is an important fight to Rigondeaux, as he is a clear favourite, and will want to produce a good performance against a former champion, who though still dangerous, is considered past his prime. If Agbeko tries to box with Rigondeaux, he will find himself unable to compete with the champion’s razor sharp reflexes and timing. If on the other hand, he takes the aggressive route against the champion, he will found himself picked off clinically by one the best counter-punchers, pound-for-pound today.

Despite being knocked down a few times in his career, Agbeko has never been stopped, so an inside the distance win would be an impressive statement from ‘Rigo’. With Donaire having already returned to the ring, with a rather unimpressive come- from-behind victory against Vic Darchinyan last month, there has already been talk about a Rigondeaux vs. Donaire rematch. It is a fight that is unlikely to happen, unless Rigondeaux agrees to move up to Featherweight to accommodate the Filipino favourite. Even if Rigondeaux agrees to this, it is highly unlikely that Bob Arum will ever risk putting Donaire in the same ring with him again, after seeing one of his major cash cows so badly exposed the first time round. Talk of a second fight looks like it is just that, talk, aimed at easing Donaire’s way back, by making promises of redemption, which they will never try to fulfill.

It seems more that likely that Rigondeaux will have to go a different route to find big fights in the future, and that will probably mean finding a new promoter, once his contract with Arum and HBO reaches its conclusion, after one more fight. First, ‘Rigo’ must get past ‘King Kong’ and hope perhaps that victory this time will not be tarnished by his own promoter.