“The thing is, the top of the boxing writing food chain is peopled by guys who it’d be your worst nightmare to have to be. I mean, what do they get? What are the favors? Where’s the money? Everybody laughs at them…It’s like being at the top of the food chain of dishwashers at Denny’s. Bragging, ‘Yeah, they let me eat the leftovers.’ “
— Charles Farrell (Boxing Manager, Writer, Musician)

In the Bizarro World of boxing journalism novices are experts, metrosexual geeks challenge one another to fist fights over social media, and wannabe gritty noir-types create parody Twitter accounts to bash colleagues anonymously. While bad-ass scribes carry belts to the ring for their favorite fighters and design fight shoes for boxing pals, others make loving video postcards to promoters for providing great maid service and wonderful shrimp cocktails at ringside. The media powerhouses, many still living with Mommy and/or still stocking shelves at Petco by day, control much of the public discourse when it comes to how the sport is covered. Many of the veteran 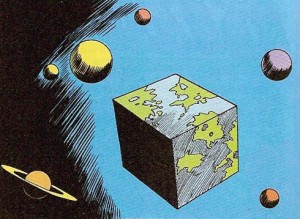 This is the world of boxing journalism, 2014. This is the cast of characters entrusted with creating change and reform in a sport that desperately needs it.

The topic of boxing journalism is probably the least popular theme in publishing history. The numbers kind of back this up. Nothing generally gets less response from the casual fan than media ranting about media. Yet, it’s an essential issue to resolve before any real reform can ever be had in the sport.

You see, you can’t really dig into boxing’s other more urgent issues unless there’s a strong, brave, and independent media willing to get dirty and fight the good fight in the name of the sport, its fighters, and its athletes.

There are still some good reporters and writers out there, but they’re buried beneath mountains of hipster doofi (is that the plural of doofus?) who think that their job begins and ends when they get a musty-smelling microphone in front of some sweaty hunk’s face. Many good writers have quit the game because of all the cronyism and general bullshit that takes place in the industry (not to mention the poor pay brought about by endless legions of jock-sniffers willing to do the job, poorly, for free).

At this point, when I rail against the boxing media, I realize that I’m probably preaching to the choir. Most readers interested in this sort of stuff are probably here already. I’ve been conscious not to do this type of thing too often because I understand that it’s a turn-off to many fans. Plus, it’s not like the media members in question will ever acquire enough self-awareness to actually gain some perspective from the jabs I take.

I’ve pulled back on my efforts to go after the Transnational Boxing Rankings Board (TBRB)– an organization I find to be blissfully ignorant of the three backwards steps it pulls boxing in an effort to take one tentative quarter-step forward. Frankly, nobody really cares about the TBRB, anyway. Despite an endorsement by a half-informed, saliva-spewing Teddy Atlas on Friday Night Fights, this fantasy league rankings board means nothing to the sport. Even after a weekend of FNF reruns and publicly patting themselves on the back for the Atlas endorsement, this board of boxing saviors could only muster about 100 extra followers on their official Twitter account.

Even if the TBRB gets what they want and is universally recognized by all boxing media as THE rankings, the alphabet soup organizations would still exist and would still be the ones putting down the money to actually sanction the fights. The TBRB would still be a toothless tiger, serving no other purpose than to settle boxing nerd debates as to who’s the best super flyweight. All the money, all the power would still be with the current sanctioning bodies and the TBRB, despite all the flowery press releases written by their own members, would still be basing all of their decisions on bouts sanctioned by organizations they supposedly oppose.

It’s harmless back-patting, similar to what you’d find in any professional organization– little more than a bunch of guys feeling sexy and important in one another’s company. However, the byproduct of having bartered membership for instant endorsement may leave a much longer, uglier legacy that could be manipulated if/when the group ever did manage to become something more than a collection of harmless vanity reformers. With all dissent couched by high-profile members who love their own awesomeness and the actual rankings process still hidden behind a veil of secrecy, the TBRB could be laying out the blueprint for an utterly and hopelessly compromised bullet-proof media cabal. It’s not crazy conspiracy theory thinking to assume that conflicts of interest exist beyond the purely theoretical– especially in boxing. A TBRB with power and full control of the public discourse is an angry bitch of a potential dilemma.

But the inherent danger of a rotten boxing media goes beyond the ignorance of the dapper, metrosexual, middle-aged men who, literally, know nothing about boxing other than what TV has told them. Some of these guys take one full step forward to actually impose their own twisted will on “their” sport.

Beyond the bloggers and spit bucket drinkers, a few nasty buggers have perfected a truly twisted take on journalism. They witch hunt, hound, and harass presumably innocent men, dive into social flame wars with them, and then bask in the nastiness of the heated exchange as some sort of proof that they’ll go to war with the “bad guys.” This is not proof of being a journalist. This is proof of being a weaselly, shameless glory whore. A journalist presents a full case to the fans and let’s them handle things from there. A journalist doesn’t float rumors into the public discourse or post salacious “gotcha” stories of no real substance. A real journalist also doesn’t intentionally mislead and lie to his/her readers or serve as an “undercover” consultant for promoters or for stories they plan on covering the hell out of. For a complicated, delicate issue like PEDs reform, a compromised media is a sure death blow for the cause.

And what happens when these creeps are caught buried waste-deep in conflict and lies? Nothing. Most in the media are buried in their own conflicts and are too compromised to point fingers and blow whistles, even if they had the courage to do so.

For the few brave enough to actually tackle these issues (namely The Boxing Tribune and MAYBE a small handful of other free-thinkers), they can expect blacklisting and mockery as their reward. Anyone, actually, who brings up ethics and integrity in the boxing media these days is subject to character assassination and then a full scale blacklisting, where anything they cover, regardless of its newsworthiness or quality, will never be mentioned among these clique-minded colleagues again.

And what do I hope to accomplish with this particular Rant? Maybe nothing. Maybe I’m just venting. Of course, as the first Rant of the new year, this could also be just a solid piece of self-motivation, a reminder of why I do what I do and why it’s necessary to keep being the turd in the punch bowl.

What I do know is that 2014 is here and The Boxing Tribune will be bigger and bolder than ever. And needless to say, we will once again be the lone voice of dissent in a world gone absolutely fucking mad.