Jose Sulaiman, president of the WBC, passed away earlier today at the UCLA Medical Center in Los Angeles at the age of 82 after a long, undisclosed illness. 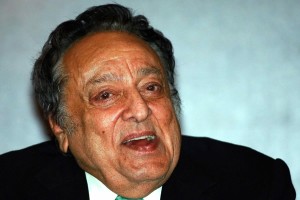 Sulaiman, who was born in Ciudad Victoria, Mexico in 1931, went from amateur boxer and low-level official to ultimate boxing power broker over the course of nearly seven decades in the sport.

Elected president of the WBC in 1975, Sulaiman would fortify his power within the organization to such a degree that he would eventually be given the official title of “President for Life.”

During his tenure as president, Sulaiman worked to appease the sport’s power brokers and money men, playing free and easy with the organization’s own bylaws and creating outrage among fans as well as among fighters who lacked the right connections.

Under Sulaiman, championship bouts went from fifteen to twelve rounds, thumbless gloves were introduced, and weigh-ins were moved from the day of the fight to the day before.

Despite the reforms under his watch, the WBC gradually lost any semblance of legitimacy with countless travesties and injustices taking place on a regular basis under the reign of “Don” Jose.

Still, Sulaiman crowed about his success in creating a better sport and waxed poetic about his positive legacy in his weekly “Left Hook to the Liver” column on the WBC’s own website. Press releases from the WBC also painted Sulaiman as a noble, historic figure and eternal friend and ally to the fighter.

Sulaiman’s son, Mauricio, who has served as his chief assistant for several years, will likely assume control of the organization.