If there were any doubts among fans of American heavyweight boxing as to who might next step up to the world class level, Bryant “Bye-Bye” Jennings put himself squarely in the running Saturday night at the 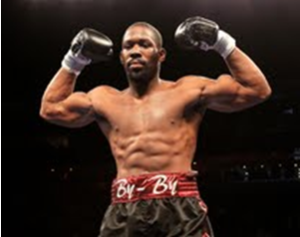 Neither man would give the prolific Vitali Klitschko any nightmares regarding punch count.  Punches were a rarity for the first five rounds, even as a large Polish element in the crowd urged the Pole on with chants of “Szpilka Szpilka Szpilka!” The first stages of the fight were very tentative, verging at times on tedious, as both men sized each other up and did more feinting than hitting.

Szpilka would make some wary inroads, but be rebuffed by Jennings’ solid defense and counterpunching.  Meanwhile, Szpilka’s southpaw style had Jennings on guard, the fighter not wanting to get caught with something unexpected.  This writer had the fight a draw after round five.

Finally, it was Jennings, though, who showed significant improvement over previous fights.  He deciphered “The Pin,” and his shots began to land solidly, while Szpilka’s were fewer in number and not as clean.  In round six, Szpilka, perhaps tiring, became careless, and was hit solidly in the solar plexus by a Jennings power shot, putting him slowly to the mat.  Szpilka beat the count, but the fight had now taken a definite turn for the American.

Szpilka showed guts for hanging in and trying to launch some flurries, some of which had Jennings backing off momentarily.  But in swinging for the fences, Szpilka eventually allowed himself to get caught.

Knowing he had nothing to lose, Szpilka came out and threw caution to the wind in the final round, and landed some decent punches on Jennings.  But the canny American waited for his moment, and a right-left combination caught a desperate Szpilka clean on the chin, sending him into the ropes.  The Pole gamely tried to continue, but referee Michael Ortega had seen enough, and the fight was waved off at 2:20 of round 10.

The 24-year-old Szpilka (16-1, 12 KOs) endured a hellish week of trying to enter the USA, which may have affected his performance in this fight — he missed a scheduled sparring session with veteran heavyweight Fres Oquendo and spent much time flying from Poland to Chicago back to Poland to Chicago to New York City.  He said that all of this didn’t effect him, but tonight Szpilka seemed a far cry from the fighter seen in previous American outings.

However, Jennings (18-0, 10 KOs), 29, deserves much credit, as he has definitely made major progress in his boxing career, showing the ability to learn and improve rapidly.  It was ultimately he who took the wind out of “The Pin’s” balloon this evening, and perhaps put himself ahead of Deontay Wilder as the Great Hope of American heavyweight fight fans.