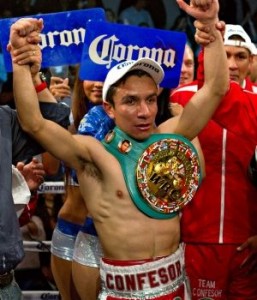 This will be the fourth defense for Hernandez, who won the world title in October of 2012 when he stopped Kompayak Porpramook in six rounds. It was payback for Hernandez, who had been stopped in 10 rounds by Porpramook in their first meeting in 2011. He made three defenses in 2013, the most recent , a fourth round TKO over Atsushi Kakutani where Hernandez himself was dropped in the opening frame, but returned the favor by dropping Kakutani three times in what would be the final round of the bout.

Rivera’s lone defeat came against Miguel Del Valle last July when he was outpointed over eight rounds by the 8-19 Del Valle. He last won a six round decision over Joel Collazo in November.