In their efforts to build Saul “Canelo” Alvarez into a true crossover superstar, Golden Boy Promotions has inadvertently done just about everything possible to destroy the young fighter’s appeal within his own community.

From matching him against a long line of undersized and/or faded opposition to somehow getting him a junior middleweight world title bout against a welterweight fringe contender, Golden Boy has schemed and maneuvered to make sure Alvarez was in the right spot to be a star. 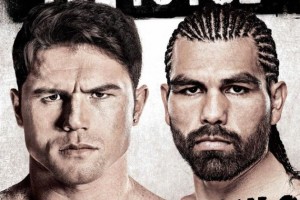 However, in the push to get their young fighter belts and U.S. exposure, they’ve neglected to consider the fact that his most loyal base may be eroding.

The grumbling among hardcore Mexican fans began way back when Canelo was signed to face Matthew Hatton for the vacant WBC junior middleweight title in 2011. Even respected Mexican fight personalities like Nacho Beristain and Juan Manuel Marquez went public with their disdain for this quick road to gold.

The negative buzz continued through a series of questionable defenses against over-matched opposition.

Reportedly even Alvarez, himself, became frustrated with his career path and the way his people were perceiving his rise to stardom.

When faced with the prospect of an Austin Trout match-up that Golden Boy brass was slow to endorse, Alvarez insisted on taking the bout if it meant he would get the proper recognition for facing a foe who fans, almost unanimously, insisted he fight.

Predictably, the awkward, defense-minded Trout made for a less-than-scintillating bout. Alvarez won, but didn’t look stellar. Forget that nobody tends to look good against fighters like Trout, the fickle fans were now grumbling about how not-so-great Alvarez appeared to be.

In his next fight, Alvarez grabbed for the goose that lays the Golden eggs in Floyd Mayweather, but came away humbled in a one-sided defeat.

The negative fan buzz became even greater, even permeating into the wealth of pro-Alvarez feeling in the heartland of Mexico.

Now, the 23-year-old Alvarez is in the tough spot of having to appease his base with what they really want and have come to expect from Mexican fighters.

Facing Alfredo Angulo (22-3, 18 KOs) this Saturday at the MGM Grand in Las Vegas, Alvarez (42-1-1,30 KOs) will have the chance to show his fans that he isn’t just the next big thing and a creation of Golden Boy myth makers. Canelo will have to fight and fight hard in this bout and will likely finish the contest, win or lose, with some lost blood and a scar or two on his baby face.

This is Alvarez’s way to win back the hearts of his people. They want war, he’ll give them war. And, given the dynamics of this match-up, war is all but guaranteed.

Once again, though, Golden Boy has messed up their good thing, this time by taking this redemption fight and sticking it on pay-per-view.

So, instead of this being, potentially, a hell of an action fight and real obstacle for their guy, the story is significantly less awesome. Alvarez-Angulo, the show, becomes about the price tag attached to a bout with a guy who was taken to school in his last fight, looked “so-so” in the fight before, and had been hand-fed soft opposition before that– against an opponent coming off a TKO loss. And instead of millions seeing Alvarez’s possible redemption, maybe four hundred or five hundred thousand will see it live.

As for the fight, itself, Alvarez is a much better, more complete fighter than the tough, forward-marching Angulo. With the exception of raw aggression, Angulo doesn’t rate above Canelo in any single category.

Canelo could, conceivably, stick and move and comprehensively outbox Angulo en route to a decisive decision victory. But that’s not the type of win that Alvarez wants at this moment.

Expect Alvarez to try to walk the line between boxing and brawling, working off angles and countering the predictable offense of “El Perro.” He will stay in the pocket, off to the side, and play the finesse game on defense while hoping that what he throws back can hurt his brutish opponent.

What you see is what you get with Angulo. Despite now working with trainer Virgil Hunter and nefarious chemical king, Victor Conte, there’s only so much that’s going to change about him as a 31-year-old pro without the most versatile of skill sets.

Expect Angulo to pursue and apply plenty of pressure, but also expect him to get hit– a lot.

This bout will be a race between Angulo’s ability to break Alvarez down with pressure and his own ability to withstand the heavy shots he will take in return.

Recent bouts have seen Angulo’s body give way despite his mind’s willingness to march forward. An injured orbital bone in his loss to Erislandy Lara and a head-to-toe battering in his loss to James Kirkland three fights prior serve as testament to the fact that Angulo’s spirit is strong, but his flesh is growing increasingly weak.

Angulo was able to find a level of success against the well-developed defense of Lara before being clubbed into submission and he would, perhaps, do even better against a defense-minded Alvarez, who is nowhere near as silky-smooth as the crafty Cuban.

But Alvarez will be looking to hurt Angulo and deliver the scalp of “El Perro” to a doubting public. If all goes according to Team Canelo’s plans, Alvarez’s defense will be more subtle than Lara’s, more Marquez than Mayweather.

Alvarez will be hit in this bout and he will leave the ring marked up, he may even be hurt by something launched by Angulo. But the difference between the two fighters competing this Saturday night is that Alvarez can change plans, change gears, go in another direction while Angulo can’t.

Despite the ridiculous 9-to-1 betting odds attached to this fight (as of this writing), this is not a no-brainer mismatch. Angulo could very well grind Alvarez down and put him away. This match-up requires Alvarez to pass some major gut checks and we simply have not seen enough of Canelo under fire to make a prediction about how he’ll respond.

Using pure boxing logic, though, Alvarez is the better, more versatile fighter and the stronger physical specimen. He should win, but it’s definitely no guarantee.