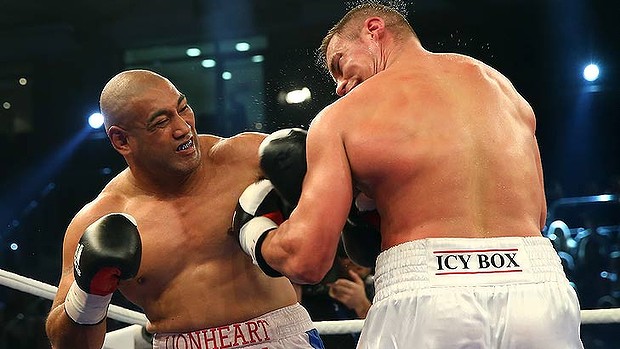 Heavy-handed Australian former truck driver, Alex Leapai (30-5-3, 24 KOs) is vowing a do or die effort against American Malik Scott (36-2-1, 13 KOs) in an October 24 Brisbane bout that may decide the fate of the 34-year-old’s fighting future.

“This will pretty much determine my future in boxing,” Leapai told the media in a press conference to announce the fight. “(But) I believe in second chances…I got one in life and now I get one in boxing as well…I want to push for a world title again and to get there I have to beat this gentleman here…I will knock him out.”

Leapai’s last bout was an ugly, one-sided five-round beating suffered at the hands of defending world heavyweight champ, Wladimir Klitschko in April. The bout, widely-regarded as a major mismatch before the opening bell, proved to be an embarrassing showcase for all those involved and was thankfully stopped after five rounds.

As for Scott,33, the tattooed American also tasted controversy in his last bout– a first round knockout loss in March at the hands of friend Deontay Wilder that many say came from what looked to be a phantom punch.

Leapai-Wilder will take place at the Brisbane Entertainment Centre in Boondall, Queensland, Australia