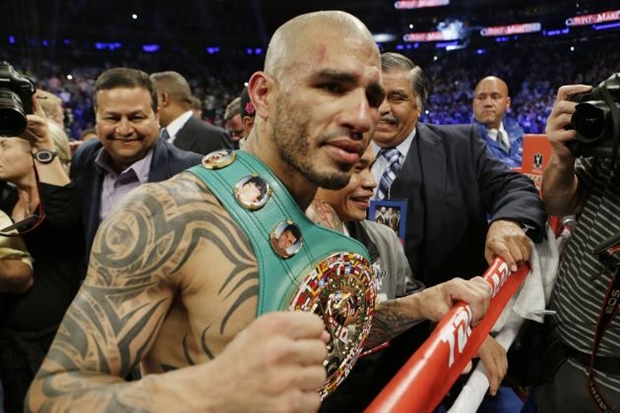 Four-division world champ, Miguel Cotto, has just dashed speculations as to who he may fight for his proposed December 13 return to the ring. According to his official Twitter account, he won’t be back until 2015:

Fans I wanted to share with you all that my return to the ring will be in early 2015!!. Thank you for the amazing support. #WarCotto