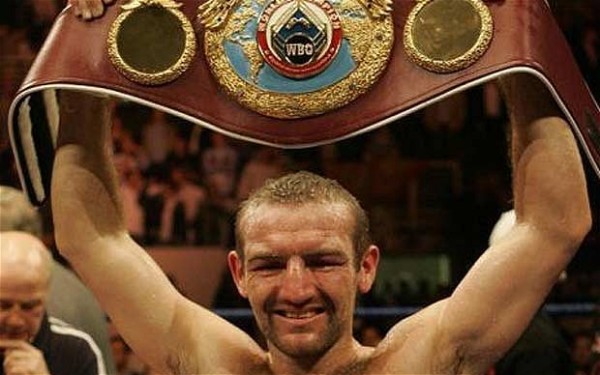 Former world champion Scott Harrison (27-3-2, 15 KO’s) is looking to get back in the ring. After a yearlong suspension, the 37 year old lightweight had had his license reinstated by the British Boxing Board of Control and is tentatively scheduled to fight again on October 31st against an opponent to be named; the bout being held in his hometown of Glasgow, Scotland.

In a pro career spanning 18 years, Harrison had a lengthy reign as featherweight champion starting in 1999 when he won the IBO Inter-continental featherweight title. In following contests he would pick up the Commonwealth and BBBofC belts before eventually graduating to world honors when he defeated Victor Santiago in 2002 to become the interim WBO world featherweight champion. A win over Julio Pablo Chacon in his next bout earned him full championship status; he would make one successful defense (W 12 Wayne McCullough) before losing and regaining the title in a pair of contests with Manuel Medina. His second run consisted of five successful defenses with one draw.

Licensing issues, as well as multiple prison sentences would keep him out of action for over six years, but in 2012 he returned to pick up a pair of wins before losing a lightweight title bid to Liam Walsh last year.