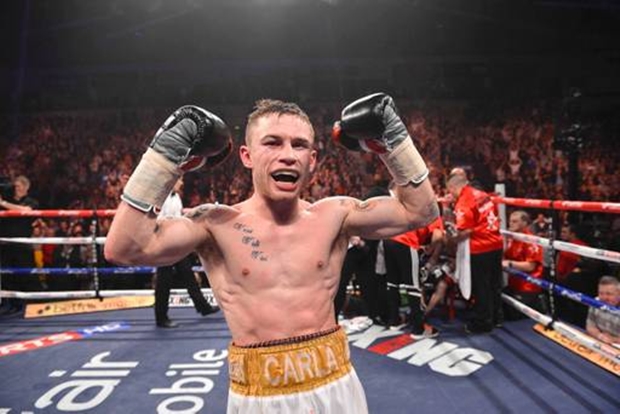 From the opening bell, Frampton dictated the pace and space of the bout, connecting against a come-forward Martinez at will and escaping from serious damage with ease.

The bout was closer than their 2013 encounter, which Frampton won by ninth round TKO, but it was still clear that the 27-year-old Frampton is at least a full level above the blue collar, no-nonsense 28-year-old Martinez.

Frampton would score a knockdown in the fifth round and both fighters would be cut from banging heads on the inside over the course of the bout, but there was little drama in this contest. Martinez’s body work seemed to slow Frampton down a bit in the second half of the bout, but this only gave further proof of Frampton’s status as the clearly better fighter.