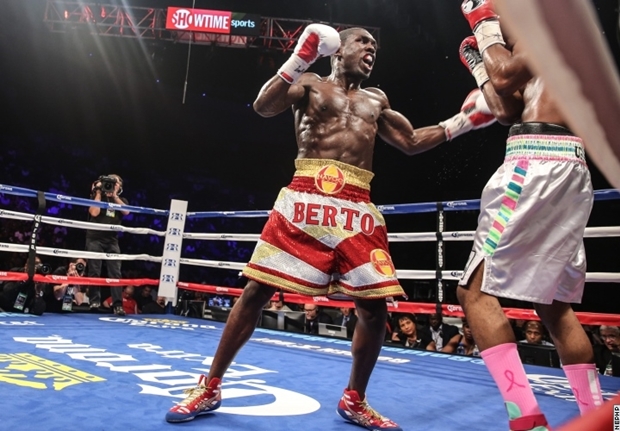 After watching the return of Andre Berto this past Saturday night, one can’t help but wonder: What was really behind the struggles of Berto?

Andre Berto was supposed to be a star. He had the hand speed, power and natural reflexes all the superstars before him possessed.

He was supposed to cruise to a spot on the 2004 Olympic team. The day before the finals, he was disqualified for a foul he committed in an earlier bout. Luckily for Berto, his parents were duel citizens of Haiti. As a result, Berto was allowed to represent Haiti at the 2004 Olympics. He lost in the first round.

As a pro, he ran his record to 25-0, winning the WBC welterweight championship in the process. He seemed destined to compete for the throne held by fighters such as Mayweather and Pacquiao.

His career-defining fight was set. January 30, 2010, he would square off against Shane Mosley. Mosley’s decline had already begun, but it was still well before before his drubbings at the hands of Mayweather and Pacquiao.

Mosley was still considered a threat to a young fighter, though. He was supposed to supply the test to prove just how great Berto was or wasn’t.

On the night of January 12 at approximately 10 o’clock, a catastrophic earthquake struck Leogane, Haiti.

His uncle and seven others perished in rubble. His sister and niece were missing for days and although they were eventually found, they were now homeless.

On January 18th, just 12 days from the biggest fight of career, Berto withdrew from the bout for personal reasons. He stated he could not focus physically or emotionally due to the tragedy his family was facing.

Berto and his brother Cleveland joined the group, Project Medishare. They boarded a plane bound for Haiti. The story goes that Berto witnessed civilians crying for help, still trapped under rubble. He witnessed young children die, carrying them to a mass grave for their burial.

He would return to the ring in April of 2010, beating Carlos Quintana. Later in 2010, he would defeat Freddy Hernandez. All seemed well, the cosmic stars were still aligned for Berto.

In April of 2011, he would face Victor Ortiz. What a tantalizing fight it was. It saw both fighters battered and bruised. Both fighters would rise from the canvass to finish the fight. Berto would lose a close, but unanimous decision.

His 0 was now 1, his invincibility, gone. Since the Ortiz bout, he is a mere 2-2. He’s battled a bicep injury and a shoulder injury. He went through a failed steroid test, later described as some as a false positive. He’s no longer seen as the bright star he once was.

Some will argue Berto struggles with an identity issue. He doesn’t know if he wants to be a boxer or a slugger. Some believe his skills were highly overrated to begin with.

But there’s an argument to make that the downward spiral all started on that devastating night Haiti shook. A resounding performance against Mosley could have provided a confidence and aura inside and around him. It may have led him down a different path, with no injuries and no devastating losses.

Who knows what may have happened if Berto wasn’t personally affected by the earthquake of Haiti. He may have lost to Mosley regardless. He may have hit the Mayweather lottery and cashed the winning ticket. And quite honestly, his career could be just what it is now, a bust so far.

His story is still being written, the possibility of a fairy tail ending still exists. However, Berto has to be asking that same question– what if?