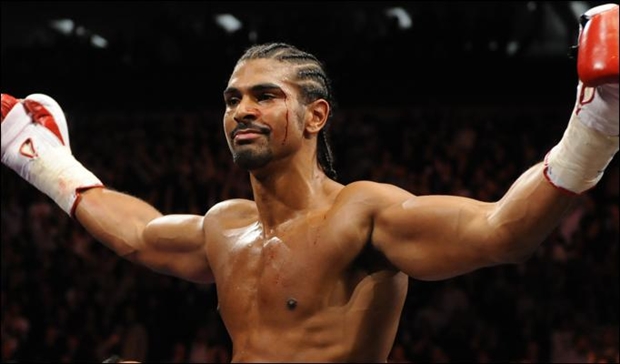 Former three-belt cruiserweight champ and WBA heavyweight titlist, David Haye, is said to have recently severed ties with long-time manager-trainer Adam Booth in order to permanently establish a base in the United States. It’s also being reported that Haye will soon announce his plans to align himself with powerful advisor/manager, Al Haymon.

The move would give Haymon three high profile heavyweights in Haye, Deontay Wilder, and Chris Arreola as well as second-tier heavyweight Antonio Tarver– all put in pursuit of the WBC heavyweight title currently held by Bermane Stiverne and the ability to profit from a U.S.-based “world” champ.

The 34-year-old Haye has been plagued by injury and career indecision since losing an embarrassingly lopsided unanimous decision to Wladimir Klitschko in 2011.

Since that defeat, Haye has only been in the ring once– scoring  an impressive fifth round stoppage of Dereck Chisora in 2012.

Despite retirement talk after a serious shoulder injury in late 2013 and further retirement talk earlier this year, Haye is said to have returned, full-time, to training at his new home base in Las Vegas, Nevada under the guidance of Ismael Salas, trainer of Jessie Vargas and Jorge Linares.