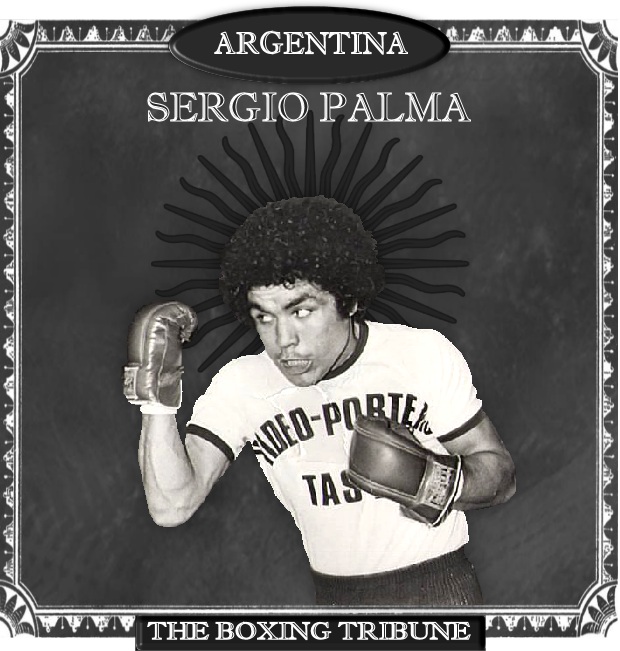 Sergio Palma was a little dynamo of a fighter, who could both box and brawl. When he went all out, Palma threw punches in furious bunches, often overwhelming his opponents. After turning professional in 1976, aged 20, Palma picked up the Argentine Junior Featherweight title in 1977, defended it five times, before making an unsuccessful challenge for Ricardo Cardona’s WBA World Junior Featherweight title, when he was out-pointed over 15 rounds.

Eight months later, on August 9, 1980, Palma had his second chance at the WBA world junior-featherweight title, this time against Leo Randolph (who had beaten Cardona a few months earlier.) This time Palma won, battering Randolph to a 5th round stoppage defeat and winning the WBA world super-featherweight championship.

Palma made six defences, before losing his world title to Leonardo Cruz on points, on June 12, 1982. Palma had six more fights, retiring in 1983, but then came back for a few more contests in 1989 to 1990, before then retiring for good.

Prev2 of 11Next
Use your ← → (arrow) keys to browse
Peter Silkov