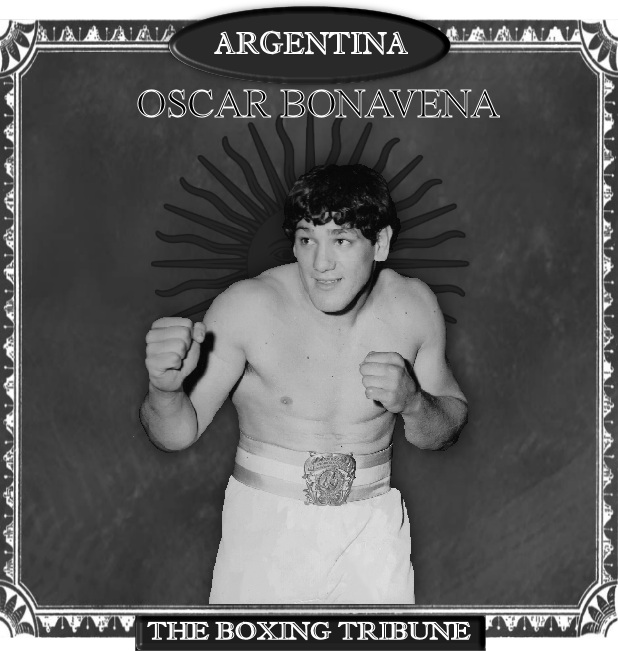 9. Oscar Bonavena Born September 25, 1942, in Buenos Aires, Argentina. Died: May 22, 1976.
Oscar Bonavena was a rough and strong heavyweight who became an Argentine idol in the 1960s and 70s as he tangled with the top heavyweights in America and Europe during the division’s legendary “golden” era. After turning professional in 1964, Bonavena was moved along swiftly, and suffered his first defeat in early 1965 when he was matched with veteran contender Zora Folley and outpointed. Despite the defeat, Bonavena proved to be popular with the American audiences (picking up the nickname “Ringo” due to his hairstyle resembling that of Ringo Starr’s) with his aggressive, slam bang, approach, and was soon working his way up the rankings.

On June 23, 1966, Bonavena outpointed Canadian George Chuvalo, and three months later lost by a split decision to Joe Frazier, after a war in which Bonavena come close to victory when he had Frazier down two times.

In 1967, Bonavena took part in the WBA’s elimination tournament, due to Muhammad Ali’s exile, but was outpointed by the tournament’s eventual winner Jimmy Ellis. Ringo came back with seven wins in 1968, including victories over Folley and Leotis Martin, then, on December 10, 1968, he fought Frazier for the second time. This time Frazier’s New York State version of the world heavyweight title was up for grabs, and once more Bonavena put up a great fight, before losing on points.

Two years later, Bonavena had the highest profile fight of his career when he faced Muhammad Ali, who was coming back after his three and a half-year exile. Bonavena gave a rusty Ali one of the hardest fights of his career and at times seemed to have Ali in severe trouble, before he was spectacularly stopped by a resurgent Ali attack in the 15th and final round.

After the Ali fight, Bonavena’s career seemed to go off the boil as he began to fight less frequently and lost decisions to Floyd Patterson and Ron Lyle.

By the mid-70s, Bonavena was still active but considered past his best and no longer a serious contender. In 1976 he was gunned down outside the notorious Mustang Ranch, near Reno Nevada, amid circumstances that are still unclear to this day. The ranch security guard Willard R Brymer was jailed for Bonavena’s murder, but served less than ten years.

Prev3 of 11Next
Use your ← → (arrow) keys to browse
Peter Silkov