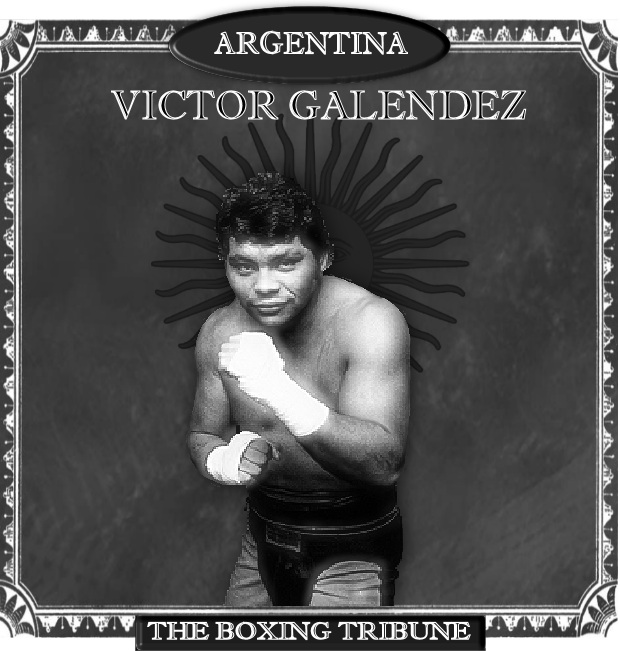 Victor Galindez was known as “El Leopardo” or “The Leopard” and there was indeed something catlike in his fighting style. When he felt like it was his moment to attack in a fight, Galindez would pounce like a wild cat, with tremendous, two-fisted, slashing attacks. Galindez’s professional career started slowly, with him going 11-6-3 in his first 22 contests (along with two no contests), however, Galindez developed, adding skill and guile to what started off as a simple brawling style.

By the time Bob Foster announced his retirement in 1974, leaving the World light-heavyweight championship vacant, The Leopard was one of the top contenders ready to fill the void. On December 7, 1974, Galindez stopped American Len Hutchins in the 13th round, to win the vacant WBA portion of the world lightheavyweight championship. It was the beginning of a five-year period that would see Galindez take part in thirteen more world title fights, of which he lost only two. The 1970s was a golden time for the light heavyweight division, and many of Galindez’s world title defences were epic wars of drama and attrition, yet, Galindez’s durability and ferociousness in these contests often overshadowed his underrated technical skills. When he was in the mood, The Leopard was a crafty counter-puncher, who could outbox the boxers, as well as out-slug the sluggers.

The draining battles along with weight problems and increasingly vulnerable eyes, eventually began to take a toll, and on September 15 1978 Galindez was upset by the younger and fresher Mike Rossman in 13 rounds. However seven months later Galindez regained his world title with a 10th round stoppage of Rossman.

But Galindez’s second reign was short-lived, when in his first defence on November 30, 1979, The Leopard knocked out by Marvin Johnson in the 11th round.

Galindez had one more contest, being out-pointed by the tricky Jesse Burnett in June 1980, before having to retire after suffering detached retina’s in both eyes. Always one for living on the edge, both in, and out of the ring, Galindez turned to motor car racing after his retirement from boxing, but this had tragic consequences when Galindez was struck and killed by an automobile during a race on October 26, 1980.

Prev9 of 11Next
Use your ← → (arrow) keys to browse
Peter Silkov