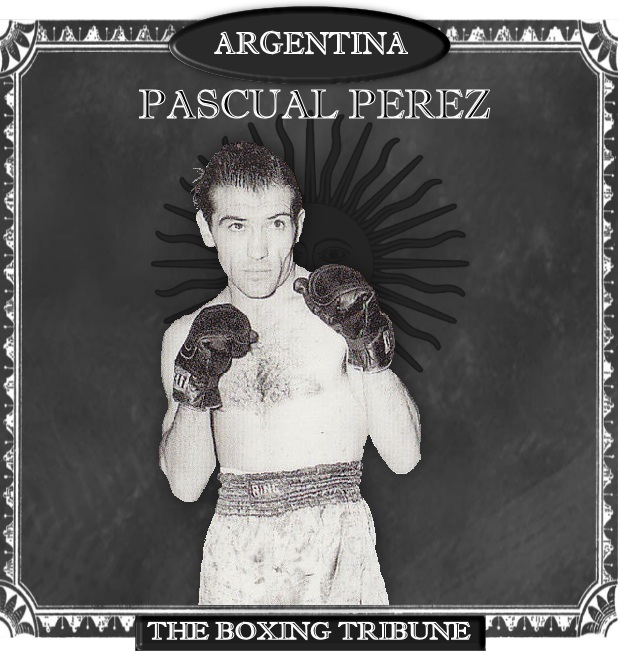 Pascual Perez was one of the most formidable fighters, pound-for pound, of the 1950s, bringing to the flyweight division the kind of knockout power not seen since the likes of Jimmy Wilde and Peter Kane. Standing 4 feet 10 and a half inches in height, Perez was known as “El Leon Mendocino” or “The Terrier,” and that’s just how he fought in the ring. Perez was a true ironman in the ring, with a terrific punch in both hands and seemingly endless stamina and durability, along with excellent ring savvy.

Perez’s underrated boxing skills came from a long amateur career, which saw him win Flyweight gold at the 1948 London Olympic Games. Despite his success at the Olympics, Perez did not turn professional until 1952, but once he did, he soon bludgeoned his way to the top in spectacular fashion.

On November 26, 1954, Perez went to Tokyo, Japan, and won the World flyweight championship when he out-pointed Yoshio Shirai with an impressive display of relentless offence, to become Argentina‘s first ever world champion.

Perez reigned as champion for five and a half years, and made 9 successful defences, in addition to taking part in numerous non-title fights. When he finally lost the title in his tenth defence, on points to Pone Kingpetch, in 1960, The Terrier was already past his 34th birthday.

Six months after losing the title to Kingpetch, Perez tried to regain it in a rematch, but was stopped in 1961. Perez carried on fighting for another few years, until retiring in 1969, aged 43.