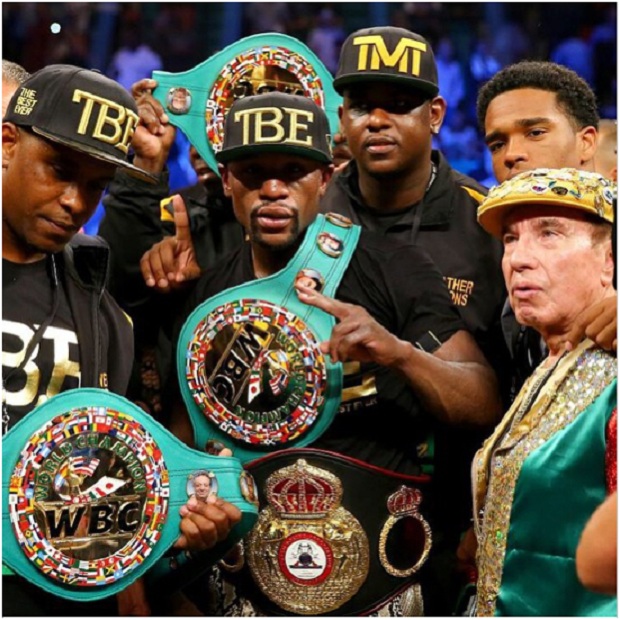 Floyd Mayweather’s rematch with heavy-hitting Marcos Maidana went just about how most of his previous 46 bouts ended: with Mayweather thoroughly dominating en route to another unanimous decision victory.

Mayweather had learned his lesson from their first fight, during which he took more punches than in any other fight of his career. Once it was clear Maidana couldn’t land the overhand rights or put Mayweather on the ropes as he did in their first fight, the outcome of the fight was never truly in question.

After yet another decisive and dominating win, has the time come when it’s just not worth betting on Mayweather? For example, this sports book consistently favors Mayweather from the moment a Floyd fight is announced, and it seems they reflect the industry standard

The betting public voted with their wallets by staying away from the rematch, which, according to ESPN, led to a 50 percent drop in betting action as compared to Mayweather’s bout with Saul “Canelo” Alvarez last year. The most probable reason for their lack of interest in this fight was that the previously undefeated Canelo was viewed as a legitimate threat to end Mayweather’s unbeaten run.

In hindsight, Canelo wasn’t quite the fighter of that caliber, but he still had enough hype to make Mayweather’s odds the lowest they’ve been since his first post-retirement fight in 2009. The lower those odds, the more interesting – and profitable – it is to wager on Money, which just wasn’t the case against Maidana.

Mayweather doesn’t have long to go. He’s already expressed his intention to retire after his next two fights. At 37, a case can certainly be made that Mayweather is not the fighter he was once, as we did already here.

Mayweather doesn’t have the reflexes of years past, which was evident in his first fight against Maidana, in which he was punched a record 221 times. And even though he didn’t get hit as often in the rematch, he looked spent by the end against a decidedly inferior opponent.

Regardless of how vulnerable Mayweather’s undefeated record is as he nears the end of his career, he still needs a name that could at least be perceived as a viable threat. The rumblings of that long-rumored Manny Pacquiao superfight have started up again in the aftermath of his win, but don’t get your hopes too high up.

If Money just does what he’s been accused of doing for most of his career – duck and cherry-pick his opponents – and ends said career with utterly winnable bouts against more fighters in the caliber of Maidana, the odds for wins no. 48 and 49 just won’t make it worth betting on Mayweather.