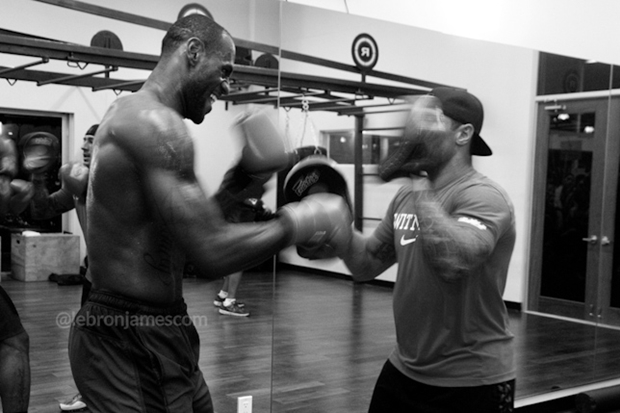 With the heavyweight division at a standstill, and with no attraction outside of Deontay Wilder or Bryant Jennings, the American heavyweight is a dying breed.

The glory days of Ali and Foreman, Tyson and Holyfield, are decades removed. And quite honestly, there hasn’t been a ray of hope since, just imposters.

Only six Americans have a claimed a portion of the Heavyweight since 2000: Chris Byrd, Hasim Rahman, John Ruiz, Roy Jones Jr, Lamon Brewster and Shannon Briggs.

So, where did all the heavyweights go?

If so, who are they?

Lebron James- Let’s face it, he’s a physical specimen blessed with unbelievable athletic ability. He could easily play tight end in the NFL or roam center field in the MLB. Hell, he could probably play midfield on the US Soccer team.

His biggest asset is the ability to live up to expectations. Of any athlete, ever, no one ever had the expectations like James did. “The Chosen One” surpassed any and all expectations

Think Tyson Fury without the mouth. Unless he proceeds to tell the world not 1, not 2, not 3 but all 4 belts.

He displays tremendous hand and foot speed when taking on opposing lineman. Strength wise, he would be too physical and strong for most opponents. He shows the nastiness and toughness it would take to compete at the highest level.

His biggest advantage would be arm length. His arms measure at 34 inches long. Compare that to Wladimir Klitschko at 29.5

He would probably fight closer to 270 then 290. A favorable comparison from a “build” standpoint? Riddick Bowe.

If you can correlate bat speed for having hand speed, Stanton would posses nitro in his gloves.

His favorable advantage? He is of Puerto Rican.

At 6-6, 240, he definately has the build of a heavyweight fighter. Think of a slender Lennox Lewis.

All of these bad-ass athletes look the part on the outside. However, any true boxing scribe understands that its what’s under the skin that makes a successful prize fighter. How would these gentleman fair with the jab of Wladimir pounding their face?

Lebron wouldn’t be able to dish it off to Jesus Shuttlesworth in the corner.