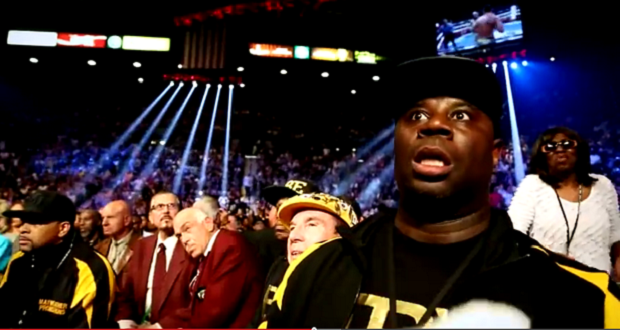 Hola amigos y familia, welcome to a refreshing yogurt based, cucumber, garlic and dill flavored episode of Miami, Florida’s 15th most popular weekly pugilistic publication, The Sunday Brunch – We are to Sunday boxing columns what warm pumpkin spice lattes are to white girls. This time we’re digging through our insurmountable pile of fake emails to bring to you the most frequently asked questions that we receive here at the Sunday Brunch news room. So, stock up on shotgun shells, food stuffs and crossbow bolts, we’re about to sort through this nonsense…With that being said, I gave you your instructions in the dressing room, what I say you must obey – Cuidate, escucha me, toca los manos y buena suerte…Let’s get it on!

Hey guy, do you still really feel that Tim Bradley LOST to Ruslan Provodnikov?? Bradley is a true champion and defeated the great Manny Pacquiao, what do you have to say about that? – Jim Madley

Hey, “Jim”, thanks for writing and supporting your local Sunday Brunch. Funny you brought this up when I haven’t mentioned it in months…But, you’re right. I assert that anytime a fighter is hit clean and stumbles backwards and is caught, or otherwise held up by the ropes (as in, if the ropes weren’t there, the fighter would fall out of the ring) that needs to be ruled a knockdown. Referee Pat Russell really blew his professional credibility in my eyes. I would still love to see a rematch between Provodnikov and Bradley, but seeing how it should be the Russian in Macau, getting ready to fight Manny Pacquiao instead of Chris Algieri (who?), it’s is looking increasingly unlikely.

Hola, Jesse. What did you think about the bite that Marcos Maidana supposedly inflicted on Floyd Mayweather in their rematch? Isn’t it possible that Mayweather made the whole thing up to try and get his opponent (who was winning) disqualified? – Markus Madonna

Thanks for the email, Markus. If you look at the situation that occurred in the 8th round on Showtime’s All Access: Epilogue and with knowing the series of events that led up to the incident, it becomes apparent that Marcos Maidana, on the back of a very frustrating, losing effort thus far, took advantage of Mayweather’s palm-to-the-face and pushed his glove further into his face and took a bite. It was clear as day on the replays and it would have made the Oxnard team look much more professional if they had admitted to the foul afterwards.

What are the odds of Alex Ariza working with Floyd Mayweather for his remaining fights? Do you think that they would make a good pairing? – AA

Interesting questions, AA. According to news sources, Alex Ariza signed a non-compete/non-disclosure contract with Mayweather. A non-compete deal would mean that, if Floyd Mayweather choses to employ Ariza, he may not work with other clients at the same time. The non-disclosure portion, of course will ensure that Alex Ariza doesn’t leak so-called trade secrets or otherwise sensitive information from inside Mayweather’s camp.

I actually think this is a really good idea for the aging champ. In the above linked piece, Mayweather supposedly tells Ariza “I think I need you now”. In my eyes, if Floyd Mayweather went this long using old fashioned hard work with a steak and potatoes philosophy, then the addition of a modern scientific approach to his exercise regime could result in a ridiculous increase of his overall output and athleticism.

Hello there, very cute cat pictures on your Facebook page. I was wondering if you give Chris Algieri a good (or great) shot at beating Manny Pacquiao. Also, can you tell me a quick recipe for Vietnamese Pho? – Packie Mannyiao

Thanks, she travels internationally. To answer your question, I contend that Chris Algieri got a gift in the shape of a nearly two million dollar lottery ticket. When he meets Manny Pacquiao in Macau, China in two months, Chris Algieri will flirt with the pinnacle of the sport, but will crash violently down to earth when the Filipino reasserts himself and gives his devout fans reason to call for Floyd Mayweather’s head.

Pho is a soup that uses a beef stock that cooks for over 14 hours. In order to make a DIY pho in your house it will be OK to take a couple of shortcuts (unless, of course you have the time, in which case you can email me for detailed instructions).

Take one onion and dice it finely, saute in a hot pan with a neutral oil like safflower until translucent. Deglaze pan with white wine and stir the bottom well with a wooden spoon to release the flavor stuck on the pan. let reduce by half and add one finely diced shallot to the mix and let cook for 3 minutes, or until equally translucent.

Next, grab a pot and get it very hot. Add your onion mixture then, using a good store bought beef stock, fill 3/4 of the way up. Add in one bay leaf, three star anise pieces, two cloves, the white parts (smashed and diced) of one bunch of scallions and one piece of peeled and crushed ginger slightly larger than a golf ball.

Bring to a boil and let cook for two minutes before dropping the heat significantly – as Anthony Bourdain said in reference to making soup “You’re not making a witch’s brew”, monitor the heat accordingly. Nearly every soup develops a scum at the top while it cooks, this is just the fat separating. use a soup spoon to occasionally gather it and throw it down the sink. Also, don’t forget to discard the bay leaf, cloves, ginger and anise.

Taste and adjust flavor with more diced ginger, white pepper, “mushroom” soy sauce and a nice seasoning soy sauce like Maggie™. Since you’re doing the diy method, the soup should cook around 30 minutes to an hour before the flavor peaks.

To serve, add some thinly sliced, good quality raw beef (or tofu) to the bottom of your bowl and cover with a bundle of dry pho noodles (rice) then pour the hot stock over it. Once your bowl is nearly full, add fresh culantro, Thai basil, sliced jalapeno peppers, firm bean sprouts, fresh lime, crispy fried onions and green onions. Serve with sriracha and hoisin sauce on the side and call me in the morning!

Thanks for joining us again this week, next time we’ll be back with our take on Stephen Hawking’s newest revelations regarding black holes and quantum physics. We’ll have food talk and Walking Dead spoilers along with our regular dose of boxing gossip and information. Email me with your food-related questions as well as boxing concerns at JESSEBOXINGTRIBUNE@GMAIL.COM or pretend we’re friends on Twitter @JESSEBOXING.