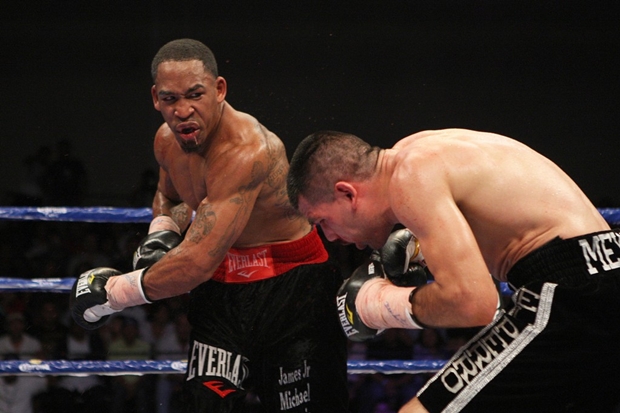 According to ESPN’s Dan Rafael, the proposed bout between James Kirkland and Gabriel Rosado, which was to be the co-feature underneath the November 8 Bernard Hopkins-Sergey Kovalev light heavyweight unification bout in Atlantic City, is off.

Actually, it appears as though the bout was never officially “on”, as all parties seemed to be onboard for the all-action match-up, except a Kirkland who remained distant and noncommittal throughout the negotiation process.

Now, it appears that Kirkland, who has only fought twice since November of 2011, has passed on yet another payday.

Rafael is also reporting that a welterweight clash between Top Rank’s Luis Carlos Abregu and Golden Boy’s Sadam Ali will take the place of Kirkland-Rosado on the November 8 HBO telecast.