the 26-year-old Fury could very well be the future of the heavyweight division in a post-Klitschko world. He’s certainly big enough and strong enough to hang with anyone in boxing today and his crude charisma will go a long way in selling fights to the public.

Unfortunately for Fury, time spent waiting on a David Haye bout has turned 2014 into a rather disappointing year. A win over Chisora, in a rematch of a 2011 unanimous decision victory, will put a nice final chapter on to the story of a year that should’ve been a breakthrough year for the boisterous Irishman.

Chisora, though, is no walkover or gatekeeper. The UK-living, Zimbabwe-born bad boy overcame a 1-4 2011-2012 to go 5-0 since, with solid wins over Malik Scott, Kevin Johnson, and Edmund Gerber as his high water marks in the last two years. 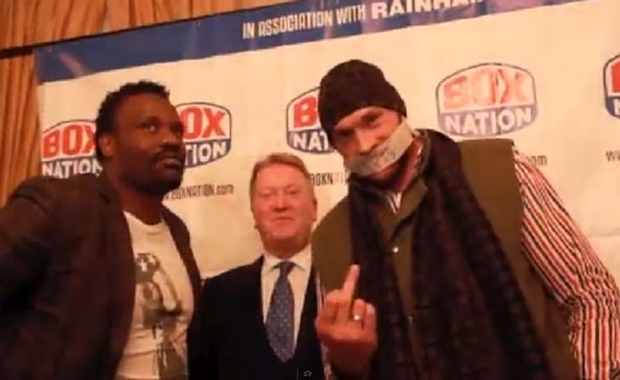