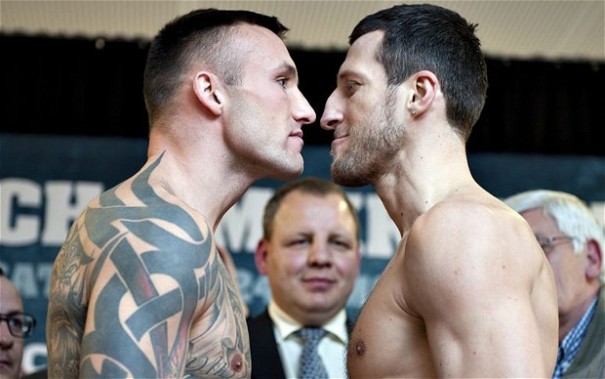 Mikkel Kessler (46-3, 35 KO’s) has been out of action since his decision loss to Carl Froch (33-2, 22 KO’s) last year, but the Viking Warrior isn’t done just yet.  In fact, the Danish super middleweight isn’t looking to take the easy road upon his return, but is looking for a third match up against The Cobra, and he’s hoping Froch wants the same.

“I know I lost that last one”, Kessler told SKY Sports of his second bout with Froch, “so of course I am telling everybody I want this guy. Of course I would like to fight Carl, that’s my biggest wish.”

A former WBA and WBC super-middleweight champion, Kessler defeated Froch in the two’s first meeting in 2010, taking Froch’s WBC World title.  Three years later Froch, returning as the IBF super middleweight title holder, returned the favor and scored a unanimous decision to unify the WBC and IBF belts.  The Cobra went on to score two stoppage wins over George Groves while Kessler has sat idle, and recently passed on a fight with Groves because he feels Groves just isn’t big enough to face him.

As it sits, Froch is scheduled to fight in January, possibly against James DeGale, and has voiced his desire to meet Julio Cesar Chavez Jr. in a Las Vegas contest.  Kessler on the other hand, has nothing planned.  A fight or two or any kind would benefit him, rather than closing out two years of inactivity.  At 35 years old, this isn’t the time for him to take an extended break.