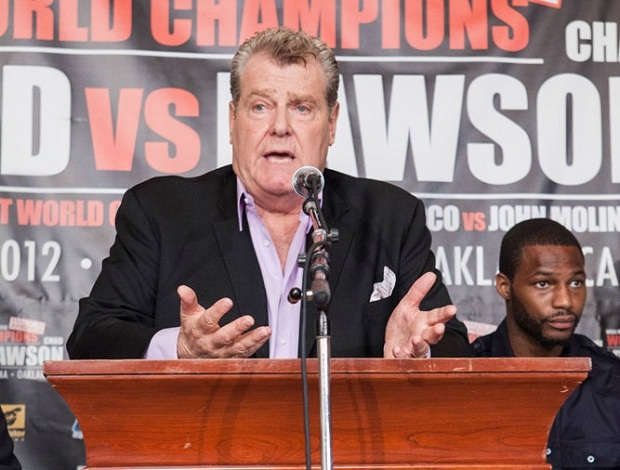 Dan Goossen, president of Goossen Promotions, has died of complications from liver cancer at the age of 64.

Per statement issued by the Goossen family:

“It is with overwhelming regret that we announce the passing of Dan Goossen, 64, from complications relating to liver cancer. The sudden news of his diagnosis was very much a private matter and his final days were spent surrounded by his family and closest friends. Sadness is difficult to escape as we grieve his passing, however we are filled with pride by the fact that Dan Goossen battled this aggressive illness with boundless strength and the last days of his life were fought and lived with unflinching bravery, pure love and grace beyond measure.”

“Everyone at HBO Sports is saddened by the sudden loss of Dan Goossen,” said Hershman, who worked with Goossen to put together the well-received Super Six super middleweight tournament back when was at Showtime. “Dan was a dedicated boxing promoter who we worked closely with for many, many years on some of the most important fights in the sport.

“But what was even more impressive was his total commitment to his family, who were always right by his side during fight week or wherever his business required him to be. Our prayers and thoughts are with his wife, Debbie and the entire Goossen family.”

“All of us at Showtime are deeply saddened by the passing of Dan Goossen. This news has come as a shock to many of us who knew Dan personally, beyond our collaborative work on boxing events, for decades. We will remember Dan as a passionate advocate for the sport of boxing, a fun-loving colleague and friend, and, above all, a devoutly religious family man. Our deepest sympathies to the entire Goossen family. May he rest in peace.”