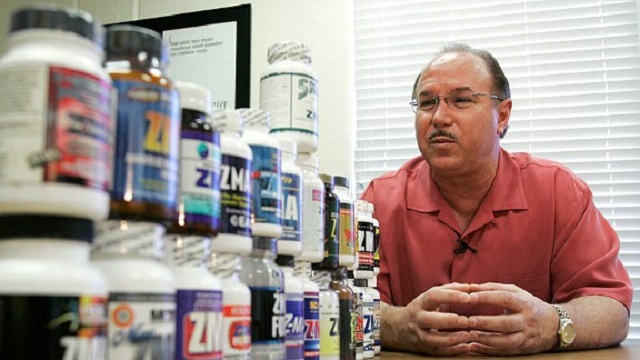 Hola familia y amigos, welcome to a butter poached “snake surprise” flavored episode of Panama’s number one rated weekly pragmatic pugilistic paper, The Sunday Brunch – We are to Liberian ebola plagues what Bill O’Riley is to the American media. This week we’re all over the place, hitting on several hot topics and pressing issues including: this, that, and most likely, the other will somehow be involved. Bust out your super slow-mo replay cameras and get ready to pee your pants in anticipation for the relaunch of AMC’s The Walking Dead, we’re about to start the show. So, without further ado, I gave you your instructions in the dressing room; what I say you must obey – Cuidate, escucha me, toca los manos y buena suerte…Let’s get it on!

Let us start off this week by thanking Al Haymon, god, and the white asparagus soup Cthulhu queen. All hail the divine trinity.

Speaking of elevating our plane of existence, Al Haymon has reportedly purchaced a large chunk of network T.V. time from NBC to help bring our beloved sport back into the mainstream conciousness.

This move will likely bring his entire sizable stable of fighters to basic cable. Considering that HBO and Showtime lean pretty heavily on Haymon’s roster for their major events and Pay-Per-View cards, this could potentially change the boxing landscape dramatically, leaving the remaining fighters contracted on premium cable without many notable opponents.

In other news, Balco founder and Smack dealer [Edit – Snac], Victor Conte has recently taken to Twitter to say how suspicious he is of fellow (former?) P.E.D. cheat, Alex Ariza for his possible role in Floyd Mayweather’s upcoming camp.

Not to point fingers or anything, but one of the fighters who supposedly works (or worked) with him, Cung Le, an MMA fighter, recently tested positive for HGH following a loss in August of this year. Conte responded to the infraction on social media saying “@ufc seems unaware of the science showing high-intensity exercise can elevate hGH levels by >500%…”

He would go on to defend his fighter saying that the UFC did not follow WADA guidelines for HGH testing…Ironically enough, in a 2007 BBC article, Victor Conte spoke with (the wonderfully named former WADA president) Dick Pound about WADA anti-doping testing, saying “…I did provide specific information regarding how athletes involved with doping around the world are so easily able to circumvent the anti-doping procedures in place…” further research uncovered a linked article citing “Conte also says that athletes now use small doses of testosterone, so-called micro dosing, so that they fall within the accepted ratio of testosterone allowed by testing.”

Currently, in Nevada the accepted testosterone limit in testing (when they do proper testing) is 6:1. To give you some perspective, an average human has a 1:1 testosterone level. In an excellent article, it’s clearly pointed out that NSAC does a poor job testing its fighters.

“Under Nevada ’s program, you get 48 hours’ notice to report to the closest accredited lab for a random test, plenty of time for many banned substances to clear your urine…In many labs, no one is following you into the bathroom and making sure the urine sample is indeed yours (as doping control officers do in Olympic-style testing), or closely checking identification so someone who looks like you isn’t showing up, or running DNA tests on the urine to rule out imposters…While the Nevada commissioners can demand blood testing, which can find human growth hormone or identify endurance-boosting blood doping not detectable in urine, Kizer (Nevada State Athletic Commission President), concedes they never have.” I suppose if anyone knows who is really cheating or who isn’t, Victor Conte is the man to turn to…Or not so much.

In other other news, “Not So” Bad Chad Dawson lost to the less-than-stellar Tommy Karpency via split-decision. In a Youtube interview filmed after the bout, Dawson would claim an arm injury and said that “he was confused” and that “he landed two or three good shots the whole fight, come on, you have to give me some credit…I fought with one arm…Those judges, this is crazy…I don’t know what the judges saw, but I mean, all I can do is work harder and I don’t know…Boxing did me dirty since I been in the game, the only good time I had in boxing was with Showtime earlier in my career, went to HBO, got fucked over there, came back home on Showtime and still got fucked…In my home town I can’t get a decision?”

Thanks for joining us again this week, we’ll be back next time with the official review of AMC’s The Walking Dead Season Five, episode 1: “No Sanctuary” and possibly some boxing talk and a few food allusions.

Please send all Rick Grimes knocking out Adrien Broner memes to JESSE@BOXINGTRIBUNE and pretend we’re friends on Twitter @JESSEBOXING, until next time, sante!