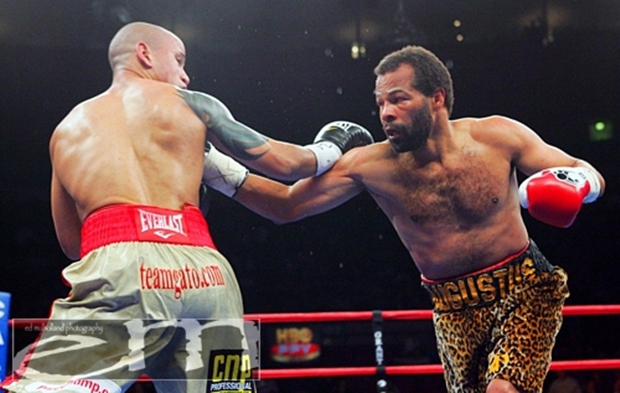 A suspect has been identified in Monday night’s shooting of retired boxer Emanuel Augustus, according to Baton Rouge police.

The suspect, a 21-year-old male named Christopher Stills, is being sought on charges of attempted second-degree murder, felony possession of a handgun, and illegal use of a weapon.

No motive has been given for the attack.

Augustus, 39, remains in critical condition on life support in a Baton Rouge hospital after being shot in the back of the head Monday evening near the gym where he had been working out.