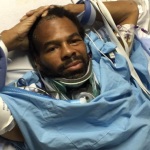 A social media post, with accompanying hospital room photo (used in this story), is reporting that former junior welterweight contender, Emanuel Augustus, is in significantly better condition and resting comfortably after suffering a gun shot wound to the head on the evening of October 13. According to the report, Augustus, who was in critical condition and on life support … END_OF_DOCUMENT_TOKEN_TO_BE_REPLACED 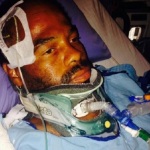 After seventeen years as a professional boxer, Emanuel Augustus came home to Baton Rouge at 37 years of age without a suitcase or driver’s license and with few possessions to speak of. Two years later, he lies in critical condition on life support, with a gunshot to the back of his head. According to unverified reports on social media, lent credence by an accompanying … END_OF_DOCUMENT_TOKEN_TO_BE_REPLACED 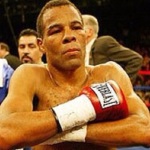 by Eric "Sugar Foot" Duran The gatekeepers are former champs, holding the strap until someone dethrones them. They're fighters who take fights on short notice for a paycheck. Their phone is never silent as big-time promoters are constantly calling for their services. They're the backbone of boxing as, simply, the opponent. Emanuel Augustus- With recent news regarding a … END_OF_DOCUMENT_TOKEN_TO_BE_REPLACED

The man accused of shooting boxer Emanuel Augustus in the back of the head Monday evening has reportedly been apprehended. According to local area law enforcement in Baton Rouge, LA, 21-year-old Christopher Stills is facing charges of attempted second-degree murder, felony possession of a handgun, and illegal use of a weapon. Per New Orleans' Times-Picayune newspaper: … END_OF_DOCUMENT_TOKEN_TO_BE_REPLACED 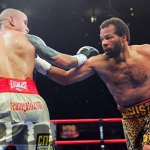 A suspect has been identified in Monday night's shooting of retired boxer Emanuel Augustus, according to Baton Rouge police. The suspect, a 21-year-old male named Christopher Stills, is being sought on charges of attempted second-degree murder, felony possession of a handgun, and illegal use of a weapon. No motive has been given for the attack. Augustus, 39, remains in … END_OF_DOCUMENT_TOKEN_TO_BE_REPLACED