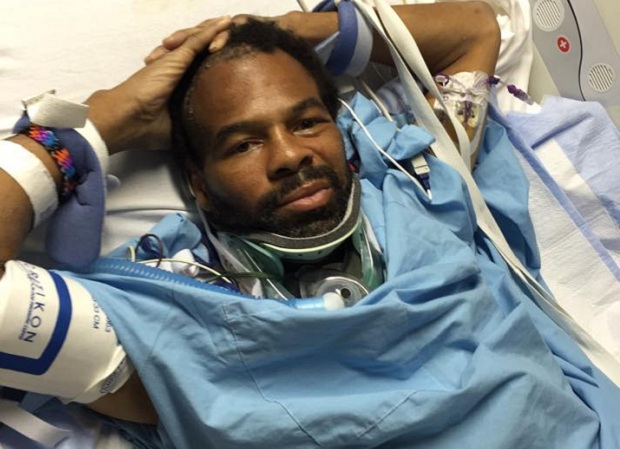 A social media post, with accompanying hospital room photo (used in this story), is reporting that former junior welterweight contender, Emanuel Augustus, is in significantly better condition and resting comfortably after suffering a gun shot wound to the head on the evening of October 13.

According to the report, Augustus, who was in critical condition and on life support at one point, is now off the breathing machine and “starting to walk again.”

Augustus was shot just blocks away from his long-time gym in Baton Rouge, LA by a stray bullet fired by 21-year-old Christopher Stills, who fired the weapon while in a dispute with his own cousin.

Stills is facing charges of attempted second-degree murder, felony possession of a handgun, and illegal use of a weapon.

Augustus, 39, finished his seventeen year professional career as a journeyman, but remains a beloved figure in the sport for his flamboyant in-ring style and willingness to take on all comers.