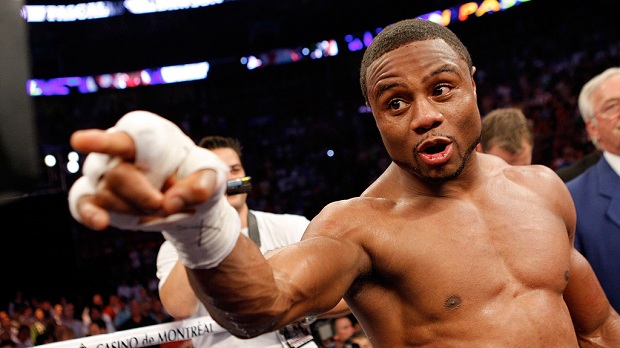 Former light heavyweight world champ, Jean Pascal (29-2-1, 17 KOs) will return to the ring December 6 against Donovan George (26-4-2, 22 KOs) at the Bell Centre in Montreal, Quebec, Canada as the co-feature on the card headlined by Lucian Bute vs. Roberto Bolonti.

Pascal, who begins his four-fight promotional contract with InterBox that evening, defeated Bute via unanimous decision back in January in a bout regarded as the biggest in Quebec history.

The 31-year-old Pascal remains top contender to Adonis Stevenson’s WBC light heavyweight title, although little has been accomplished in the area of actually signing that bout.