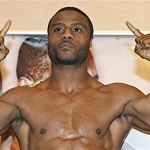 Argentina's Roberto Bolonti, who was originally scheduled to face Lucian Bute on December 6 in Montreal, will remain one-half of the Bell Centre main event, but will now be facing Jean Pascal. After Bute pulled out of the scheduled bout, citing back injuries sustained in training, Bolonti was left in limbo as the Jean Pascal-Donovan George bout was promoted to the top of … END_OF_DOCUMENT_TOKEN_TO_BE_REPLACED 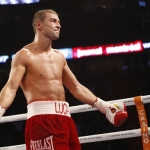 Former IBF super middleweight champion, Lucian Bute, has pulled out of his December 6 bout against Roberto Bolonti at the Bell Centre in Montreal, Canada due to an injured back. “It’s a disappointment to announce that Lucian Bute, after getting injured in training, is forced to miss December 6th card at the Bell Center,” wrote Jean Bedard of InterBox via press … END_OF_DOCUMENT_TOKEN_TO_BE_REPLACED 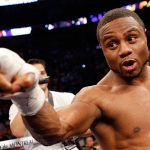 In the aftermath of last Saturday's Sergey Kovalev-Bernard Hopkins light heavyweight showdown in Atlantic City, former WBC world titlist Jean Pascal now sits firmly as the third most important fighter in the 175 lb. division. As no. 1 contender to both Adonis Stevenson and Sergey Kovalev, via the WBC and WBO, respectively, the Haitian-Canadian star is also in the unique … END_OF_DOCUMENT_TOKEN_TO_BE_REPLACED 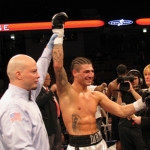 Donovan George has been suspended by the Illinois Boxing Commission and his August 23 win over Dyah Davis, which brought him the IBO super middleweight title, has been officially changed to a no contest. According to promoter Bobby Hitz, George's suspension is due to an anti-inflammatory drug the fighter was taking for an injured hand, but forgot to declare on a pre-fight … END_OF_DOCUMENT_TOKEN_TO_BE_REPLACED

Former light heavyweight world champ, Jean Pascal (29-2-1, 17 KOs) will return to the ring December 6 against Donovan George (26-4-2, 22 KOs) at the Bell Centre in Montreal, Quebec, Canada as the co-feature on the card headlined by Lucian Bute vs. Roberto Bolonti. Pascal, who begins his four-fight promotional contract with InterBox that evening, defeated Bute via unanimous … END_OF_DOCUMENT_TOKEN_TO_BE_REPLACED