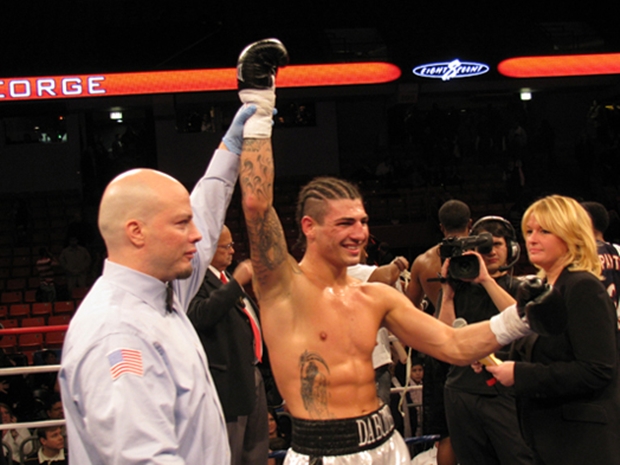 Donovan George has been suspended by the Illinois Boxing Commission and his August 23 win over Dyah Davis, which brought him the IBO super middleweight title, has been officially changed to a no contest.

According to promoter Bobby Hitz, George’s suspension is due to an anti-inflammatory drug the fighter was taking for an injured hand, but forgot to declare on a pre-fight application.

“Don hurt his hand about 10 days before the fight,” Hitz told Boxingscene. “He was taking an anti-inflammatory for the sake of going through with the fight. There was a little box on the application that asks if you are on any prescription medication. Don forgot to check the box, and now the Illinois Commission is trying to screw him over.”

The suspension threatens to stand in the way of George’s scheduled December 6 bout with Jean Pascal at the Bell Centre in Montreal, Quebec, Canada.