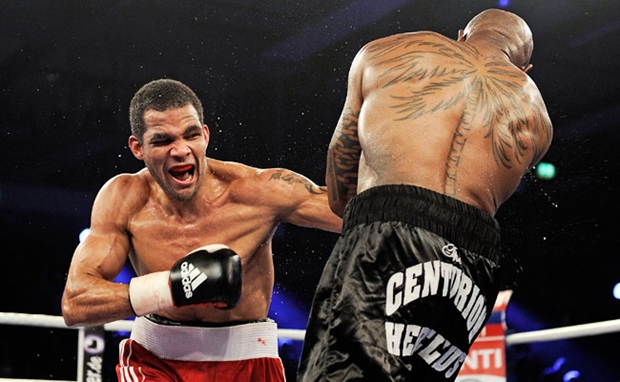 Yoan Pablo Hernandez (29-1, 14 KOs) looks to make the fifth defense of his IBF cruiserweight title on 12/6 at the EWE Arena in Oldenburg, Germany against British top contender Ola Afolabi (21-3-4, 10 KOs).

Cuba’s Hernandez remains one of boxing’s most underrated talents, even with two career victories over Steve Cunningham, as well as wins over Troy Ross, Alexander Alekseev, and Firat Arslan. Hernandez has held the IBF cruiserweight title since defeating Steve Cunningham via technical decision in October of 2011.

Afolabi, meanwhile, has been at or near the top of the cruiserweight rankings since 2008 with several victories over quality opposition. The London native, who now fights out of Los Angeles, is best known for going 0-2-1 in three close and entertaining bouts with Marco Huck.