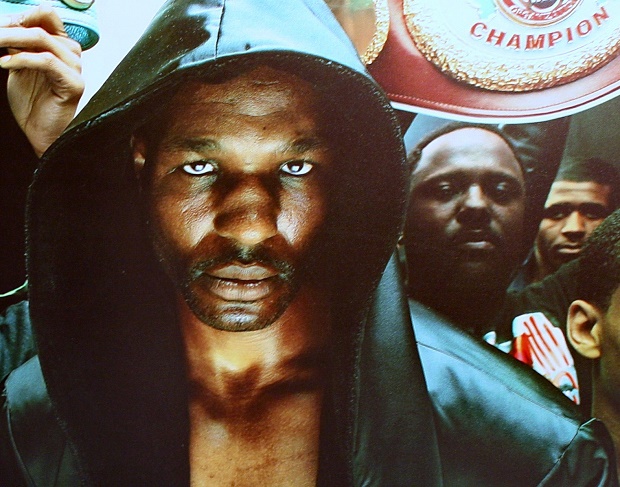 Bienvenidos familia y amigos…We implore you to enjoy this festively belated Halloween episode with all the lights turned off, your pumpkin spice candles lit and a nice selection of creepy music playing in the background (we recommend Cher’s ‘If I Could Turn Back Time’). Furthermore, we want to wish a Happy Halloween to all the pagans, atheists and confused religious zealots out there.

Welcome to a direct-to-video, sexy Ebola nurse costume-clad edition of Central America’s highest-grossing weekly pugilistic paper, The Sunday Brunch – We are the throwback 80s razor-in-the-apple trick that gets you every time. We’re talking about the artist formerly known as the “Executioner” on a special “Alien” flavored episode of your Sunday Brunch. Hold on to your fun-sized Snickers and light ablaze the proverbial bag of dog shit, we’re about to sort through this nonsense…So, without further ado, I gave you your instructions in the dressing room; what I say you must obey – Cuidate, escucha me, toca los manos y buena suerte…Let’s get it on!

Be sure to check out the 8 THINGS THAT SERGEY KOVALEV MUST DO TO DEFEAT BERNARD HOPKINS.

“I will never lose to a white person” – Bernard Hopkins

At the tender age of 49 3/4, Bernard Hopkins is literally ‘sonning’ fighters he has no business being in the ring with. He’s giving boxers nearly half his age more than they can handle, but, how will the 2014 version of B-Hop fare against the top of the crop from the light heavyweight division?

Way back in 2008, most people all but wrote off the aging Hopkins. He had just dropped a close decision to Joe Calzaghe. A few years prior to that, he lost a pair of fights to the now dead-behind-the-eyes Jermain Taylor for Oscar De La Hoya’s former championship belt collection.

Aside from a pretty active 2004-2005, Bernard Hopkins was basically fighting once a year, so one could not be entirely blamed for questioning the Philadelphia fighter’s resolve moving forward.

Hopkins was gearing up to face the then undefeated Kelly Pavlik.

At the time, Pavlik was 34-0 with 30 big stoppages to his credit. “The Ghost” was not only the larger man, he was younger, stronger, and had a lot more momentum going into the contest than did Bernard Hopkins.

In the end of the story, Hopkins would wind up dominating nearly every moment of that encounter. He used his savvy, ring intelligence and grit to toy with the less experienced fighter. After his unanimous decision victory was all but assured, Bernard Hopkins stoically stood and faced press prow, staring at each and every member who he believed publicly doubted him for several priceless seconds.

It was a profound moment in boxing history.

Bernard Hopkins is about to face what most would consider the most threatening man in the whole of the light heavyweight division. Sergey Kovalev from Chelyabinsk, Russia is one of the hardest hitting and most intimidating fighters currently on the market.

The “Krusher”, Kovalev is known for his destructive punching power and his icy in-ring disposition; he has the ability to end encounters with a jab.

So, what – you may or may not be asking yourselves at this point – does the nearly 50 year-old man have to do to be competitive with the Russian?

Hopkins is a genius at covert fouls. He uses his experience with infighting to subtly land headbutts or to bait his opponents into making mistakes. Kovalev has shown a minor propensity to be lax with his guard as evidenced in his last fight with Blake Caparello.

The 31 year-old was tagged with a left hand that sent him down in round one. He subsequently came back and dropped Caparello three times en route to a TKO.

In his fight prior to that, Kovalev’s eyebrow was gashed by an “accidental” clash of heads. That cut occurred in a 2014 bout with Cedric Agnew, which leads me to believe his still has some sensitive scar tissue available for Hopkins’ capable dome to soften.

If I were a betting man – and I’m not – I’d bet dollars to pesos that Bernard Hopkins will try to use his cunning to break down Sergey Kovalev piece by piece. In no way do I see the Alien engaging the much younger man in anything other than the boxing equivalent of a pop and lock routine.

The Krusher from Chelyabinsk need only to not lose his patience. A moment will open sometime in the last quarter of the fight where his power will see him become the unified light heavyweight champion of the universe.

Bernard Hopkins will survive to fight on, and will probably do so for two more years before finally hanging em’ up.

Some would argue that WBC champion, Adonis “Superman” Stevenson is head of the class in the division, I would point out that, while very talented and quite super, the former pimp has been feasting on relatively soft opposition. Will he get a chance to face the winner of Hopkins – Kovalev? I doubt it, but he is entertaining and I am hopeful that the two will meet sometime in the future.

Thanks for joining us this week, stay tuned to The Boxing Tribune for all the best coverage in the entirety of the sport. Don’t forget to check out episode four of AMC’s The Walking Dead tonight when we finally find out what the hell happened to Beth…And hopefully she won’t be singing this time. Yell at me publicly on Twitter @JESSEBOXING and/or send me the digital equivalence of a severed horse head to JESSEBOXINGTRIBUNE@GMAIL.COM Until the next episode, sante.