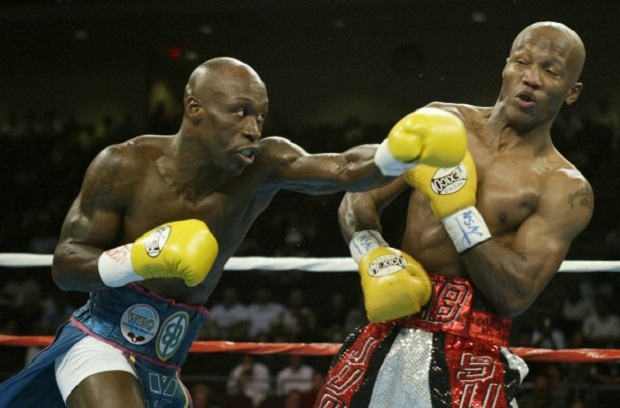 Their phone is never silent as big time promoters are constantly calling for their services. They’re the backbone of boxing as, simply, the opponent.

Derric Rossy: Rossy was a stellar athlete in high school, earning All-American honors in football at Patchogue-Medford High School. He received a scholarship and played DE at Boston College. In 2004 he won the New York City Golden Gloves

As a pro, he has a 29-8 record. He has held the WBC United States Heavyweight title as well as the WBC Fecarbox title.

Luis Collazo: The Brooklyn native, Collazo had a 97-25 amateur career. He once held the WBA Welterweight Title, defeating Jose Antonio Riveria. He defended it against Miguel Angel Gonzalez.

He has competed for the intern WBC Welterweight Title, losing to Shane Mosley. He lost another shot at the WBC belt against Andre Berto. He lost a crack at the WBC Silver Title to Amir Khan

His resume includes Victor Ortiz, whom he stopped in the second round, and Ricky Hatton. His record currently stands at 35-6

Delvin Rodriguez: The resume isn’t that impressive, with Miguel Cotto and Austin Trout being the only big names on his record.

However, He did fight once-considered prospect Issac Hlatshwayo twice. Also, he went toe to toe with highly regarded prospect, Pawel Wolak, twice. Their first encounter was a fight of the year candidate.

Rodriguez is a fan favorite, appearing on ESPN 11 times over his career.

The Philadelphia native has held the USBA, NABA and NABF titles