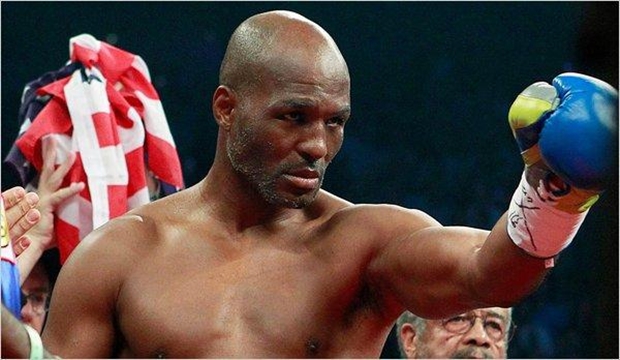 I’m not sure that by using conventional boxing methods, Bernard Hopkins, at nearly 50 years of age, could beat any of the bigger, stronger, faster, harder punching opponents that his own demanding Old School self-image requires him to face. As the years have passed, Hopkins has systematically jettisoned one standardized boxing form after another, replacing each with increasingly abstract and largely undecipherable tactics. His approach is now based on a combination of intellect and non-cosmetic but ring-useful fitness. He barely fights, and barely needs to. He fights in signals now—in messages. A sneaky right lead is a stand-in for a barrage, implying more to come when there may not be more to come. A late round burst of energy makes the guy in the other corner question whether he’ll be the one who’ll wear out first. A head butt, a low blow, an elbow; these are abrupt, painful warnings, but the damage they do slants more to the psychic than to the physical. They cause opponents to think, “I can’t go to his body because, if I do, he’ll pretend I hit him low, then I’m going to get hit in the balls in return. I can’t move inside because he’ll cut my eye up or break my nose with his head. Where the fuck is the referee when I need him?” And little by little, round by round, these opponents become hesitant, grow discouraged, and eventually stop trying to win in an exchange for knowing they’ll go the distance. Hopkins uses his opponents’ imaginations against them. He now boxes by executive decision, which is evolution of a staggering order.