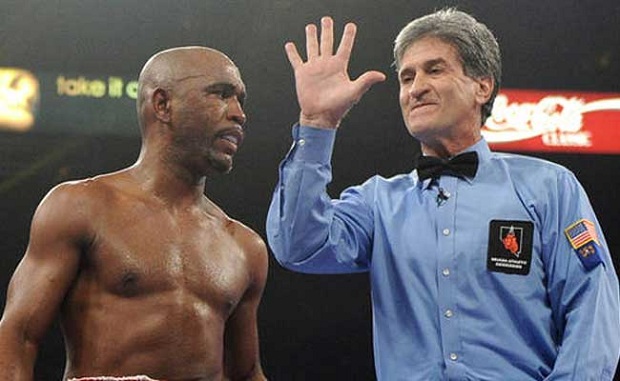 Veteran referee Vic Drakulich plans on doing his job right up to the point where cancer treatment forces him from the ring.

Two weeks ago, Drakulich was diagnosed with a rare form of abdominal cancer during an examination to check the status of a prior surgical procedure.

“I had a swelling in my groin area, and the swelling hardened a year later,” Drakulich told the Las Vegas Review-Journal. “They biopsied the area, and it was cancer-free. But a couple of weeks later, I heard back from the doctor, and they said they had found something cancerous with my appendix. So I had surgery in September 2013 to remove the appendix, and I thought I was done. But a couple of weeks ago, I had a follow-up checkup and they found something with my abdomen.”

According to the 61-year-old official, he faces a ten-hour surgery along with chemotherapy and hospitalization for at least a couple of weeks afterwards.

There’s no word on the prognosis, but Drakulich plans to keep his mind busy until his scheduled mid-January surgery. He is scheduled to referee at least one of the championship bouts on December 13 in Las Vegas as well as work on a December 31 card in Tokyo, Japan. He also plans on returning to the ring as soon as possible.

“I don’t know when I’ll be back in the ring,” Drakulich said. “But I’m used to battling, and I’m going to fight this with everything I’ve got.”