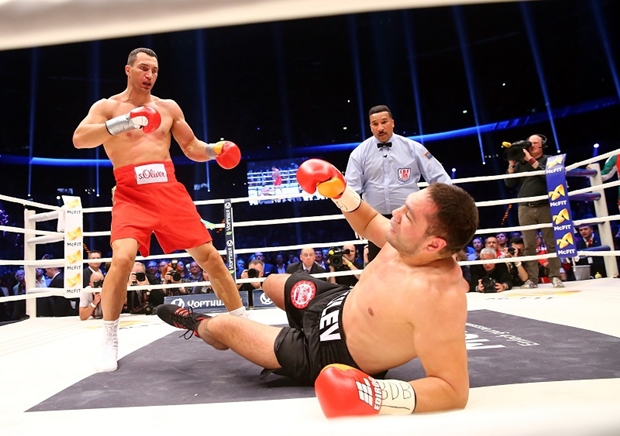 According to Nielsen Media Research, the November 15 bout between Wladimir Klitschko and Kubrat Pulev delivered about 620,000 live viewers on average for the Saturday afternoon telecast.

The ratings performance of the heavyweight title bout was especially impressive when considering that HBO purchased the rights to the bout on short notice and had little time to actually promote the event.

The solid numbers may serve as a prelude to a United States return for Klitschko, who hasn’t fought there since facing Sultan Ibragimov in 2008.

The WBA/WBO/IBF world titlist, who destroyed Pulev in five rounds, is scheduled to return to the ring in early 2015, possibly looking to position himself for a run at the one belt not in his possession– the WBC strap, currently held by Bermane Stiverne.