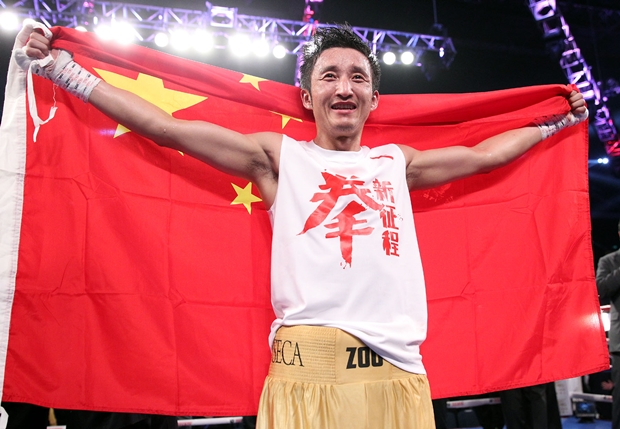 This is an easy one. No way will the feather-fisted 5’41/2 Shiming (5-0. 1 KO) lose to the 5’2’ 33 yea-old Thai with the puffed-up record, a glance at which reveals that his level of opposition has been dreadful and includes twelve fights with opponents who were making their pro debut– and one of those ended in a draw. While “13 Rein” (27-0-2, 12 KOs) holds the WBO Oriental flyweight title, it means little in the scheme of things.

On paper this a step up. In reality it’s a sideways move, possibly resulting in Zou getting his second stoppage win and it’s his first 12-rounder to boot. Shiming has great speed and possesses super technical skills. Billed as being China’s most successful amateur boxer of all time, he won three consecutive Olympic medals and like Vasyl Lomachenko, is light years more seasoned than his record indicates. More specifically, he is a two-time Olympic gold medalist and three-time World Amateur Champion.

After the 2012 Summer Olympics, Zou decided to make the switch from amateur boxing to professional boxing and now enjoys a tremendous following in China. In short, he is the great Chinese hope, but he is very old to start a pro career as he recently turned 33 and one setback could be a career ender.

Says Bob Arum: “This kid is gonna be the first world title holder in the history of China.” That’s Freddie Roach’s challenge, but it will be a tough one.

That said, someone’s “O” will go on November 22, but it won’t be the can’t-break-an-egg Zou Shiming’s.