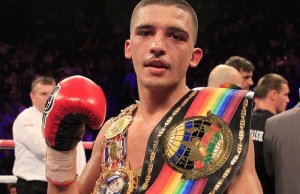 Selby, 20-1 8 KO’s, is coming off a TKO 9 over Joel Bunker on October 11th. Selby also holds the British and European featherweight titles.

Selby, the IBF’s #1 contender, plans on calling out the winner of Gradovich-Velez. The Wales native is riding a 16-fight win streak.