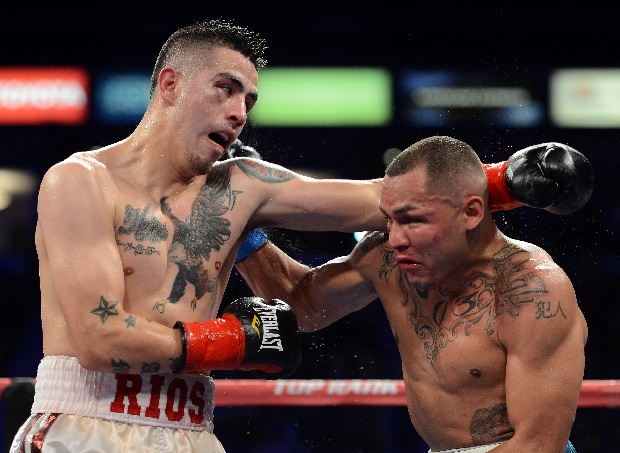 The Boxing Tribune’s Eric Duran was informed on Saturday by Top Rank officials that a third encounter between Brandon Rios (32-2-1, 23 KOs) and Mike Alvarado (34-3, 23 KOs) is tentatively scheduled to take place on January 24 at a venue to be determined.

Rios and Alvarado have so far split their two fights with Rios taking their October 2012 bout via TKO 7 in a Fight of the Year brawl and Alvarado avenging the loss five months later via close, but unanimous decision.

Since their fights with one another, both battlers have fallen on tough times.

Alvarado has lost two straight– to Ruslan Provodnikov and Juan Manuel Marquez. Meanwhile, Rios was humiliated by Manny Pacquiao in a one-sided laugher and then frustrated in a foul-filled DQ victory over Diego Chaves.