I don’t considered them to be the best 20 contenders, just the best 20 with a plot worth selling. Hey, Shannon Briggs is entertainment waiting to happen.

I’ll unveil part 1 followed by parts 2, 3 and 4 in the following weeks. 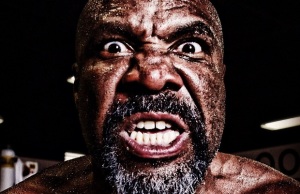 Why not? What does anyone have to lose seeing Briggs challenge Klitschko? Briggs is entertaining, just check out his social media page @cannon_briggs on Instagram. Granted, he hasn’t beat a fighter worthy of a title shot, no one is making a case, outside of Tyson Fury, that warrants a shot at Wladimir.

The winner of Stiverne-Wilder will surely position themselves as a worthy challenger to the throne. But there are plenty of American contenders who Briggs can make some interesting bouts with.

Briggs has been busy beating up no name, hopeless cash checkers. Does he present a challenge to the heavyweight division? Probably not but seeing a guy put up or shut up after the mockery he’s made of Klitschko will be worth the price of admission.

Fight(s) I’d like to see: Chris Arreola or Malik Scott. 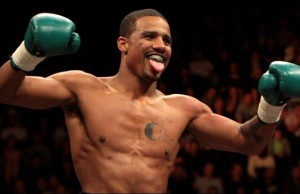 Dirrell is a gifted and skilled boxer hailing from the streets of Flint, Michigan. Many believed he would be a World Champion one day following a decorated amateur career.

No one gave him a chance entering the Super Six tournament. However, after dropping a close, split decision to Carl Froch in the opening round, Dirrell’s stock was rising. However, in what was a competitive bout going into the 11th round against undefeated Arthur Abraham, Abraham was disqualified for hitting Dirrell after a knockdown. Dirrell complained of concussion type symptoms following the bout which led to inactivity. He has only fought 4 times since that 2010 bout.

Dirrell has a bout scheduled on December 19th against Derek Edwards for a IBF elimination bout. It’s a step closer for Dirrell to finally achieve all his lofty expectations. I doubt Froch would give him a rematch as Froch has stated he is only looking for big names and big fights. 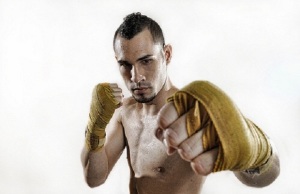 Pedraza is considered one of Puerto Rico’s finest amateur fighters, representing his home country at the 2008 Olympic Games. Gary Shaw has done a fine job getting Pedraza to a world title in a short period of time.

With his dominating win over Michael Farenas, Pedraza has positioned himself for a shot at IBF Champion, Rances Barthelemy. Pedraza had a busy 2014, fighting 4 times. 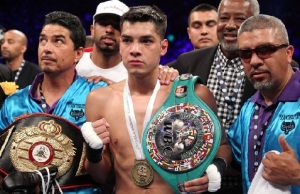 After defending his 135 title against
Daniel Estrada, Figueroa has entertained the idea of jumping to the 140 division. He is currently the “champion in recess” as he decides his future plans.

Golden Boy has done a fine job of matching him in exciting bouts. His bout Against Nihito Arakui was an instant classic that had punch stat officials earning their paychecks. He followed it up with a high volume, although slightly controversial, split decision over Jerry Belmontes.

His hand speed is decent, his power slightly above average, relying mostly on out working and out hustling his opponent. It’s hard to fathom the idea of Figueroa being able to do so against the monstrous 140 division. 2015 will answer a lot of questions about Figueroa.

Fights(s) I’d like to see- A bout with John Molina will determine whether or not he can handle the power at 140. If Figueroa wants to make a statement, a bout with Lucas Matthysse would be interesting

After 10 fights, he’s already being compared to one of the greatest heavyweight in history, Lennox Lewis. And boy is he living up those expectations. Joshua has only been past the 2nd round once in his first 10 bouts. He isn’t just knocking out opponents, he’s obliterating his foes. He blasted 60 fight veteran Michael Sprott inside of the 1st round in his last bout.

With a bout against Kevin Johnson scheduled for January 31st, Joshua is on the fast track to a World title shot. The question is, who will get the first crack at determining whether or not Joshua is the goods?

Fight(s) I’d like to see: A match-up will fellow Brit, David Haye