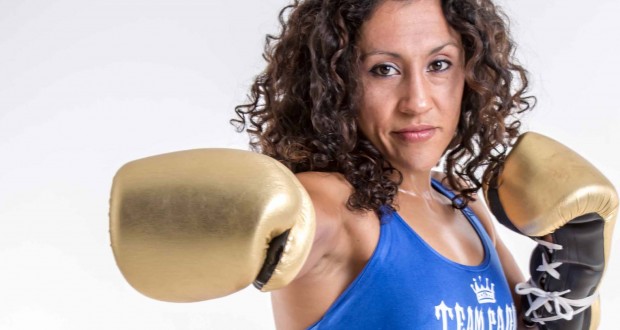 When the two first faced off in May, Perez was the champion making her first defense. It was her second run as a world title-holder, having held the WBA bantamweight crown in 2011 and 2012. Rodriguez won the first contest by close majority decision, taking the world title with her. Both fighters picked up wins before the rematch: Rodriguez won a defense against Dayana Cordero and Perez took a six round decision over rookie Brenda Olvera.

Perez played the aggressor from the start of this weekend’s bout, causing Rodriguez to fight most of the contest off the ropes. It was the punching accuracy of the champion that made the difference in the bout however, and though she took her fair share of shots from Perez, managed to land the cleaner and more effective punches overall. Just as in the first contest, this one was also ruled a majority decision, again for Carolina Rodriguez. Official scores were 99-91 twice and 95-95. Though it was a contest that saw both fighters get wild at times, it was a fun fight to watch as neither boxer slowed down until the final bell sounded.

In another world title rematch, Maria Lindberg (11-1-2, 5 KOs) stopped Mirjana Vujic (3-3, 2 KOs) in the fourth round in Baden-Württemberg, Germany to retain the WIBA, WIBF, and GBU light middleweight titles just one month after the two first faced off.

The first bout ended controversially when Lindberg scored a first round stoppage directly after a clash of heads, but there was no controversy this time around. The physically larger and stronger champion ended things in the fourth round with a mixed attack that saw her land thudding shots to the challengers body before a series of answered shots upstairs caused the referee to wave off the fight as Vujic covered up in the corner.

On the same card, Caroline Schroeder (8-1, 7 KOs) needed just two rounds to take out the over matched Elke Beinwachs (3-8-2, 1 KO). The referee stopped the not-so-pretty slugfest shortly after Beinwachs survived a knockdown and was taking a series of solid shots to the chin. With the win, Schroeder wins the vacant GBU and WIBF super bantamweight belts.

In Nuevo Leon, reigning WBC super flyweight champion Zulina Munoz (44-1-2, 27 KOs) took a 10 round decision over Olga Julio (17-16-1, 12 KOs) in a non-title bout. Munoz has held the title since November of 2012 and has made six successful defenses with five of those wins coming inside the distance.