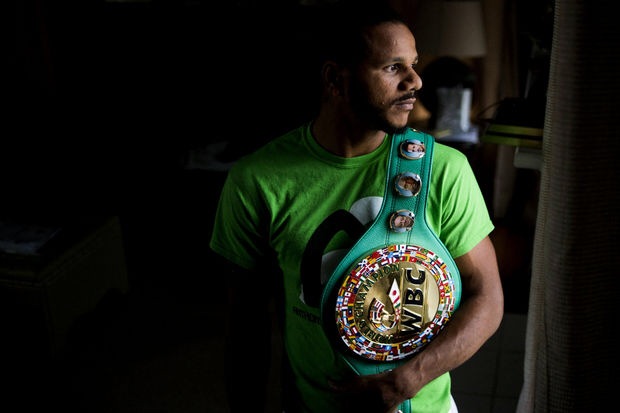 by Eric Duran
“I’m moving forward, on to bigger things,” said Anthony Dirrell, who was on hand at post-fight press conference for Khan-Alexander.  Dirrell is the reigning WBC Super Middleweight Champion.

“I wanna stay active in 2015, fighting at least 3 times.” Dirrell stated he would like to return in late February or early March, “Give me Chavez Jr, he brings the money.”