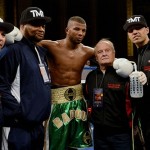 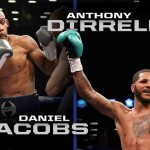 Barring something truly bizarre happening Friday night at Chicago's UIC Pavillion, Anthony Dirrell and Daniel Jacobs will leave the Windy City with victories. The story for Spike TV audiences will not be the challengers placed before them in the Premiere Boxing Champions event, but, rather, the battle each has already won. Aside from being young world champions holding … END_OF_DOCUMENT_TOKEN_TO_BE_REPLACED 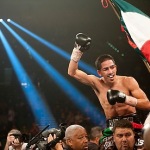 by Eric Duran Every year new champions are crowned, current champions are dethroned and many questions hang over of the head of contenders.  A contender can be a champion, but not necessarily the best in the division.  A contender can a former prospect ready to make the jump to the next level.  In some cases, a contender is a former champ looking to make one last … END_OF_DOCUMENT_TOKEN_TO_BE_REPLACED

by Eric Duran "I'm moving forward, on to bigger things," said Anthony Dirrell, who was on hand at post-fight press conference for Khan-Alexander.  Dirrell is the reigning WBC Super Middleweight Champion. "I wanna stay active in 2015, fighting at least 3 times." Dirrell stated he would like to return in late February or early March, "Give me Chavez Jr, he brings the money." … END_OF_DOCUMENT_TOKEN_TO_BE_REPLACED 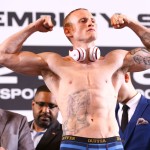 George Groves (20-2, 15 KO’s) will defend the WBC silver super middleweight title on the under card of the rematch between Nathan Cleverly and Tony Bellew November 22nd in Liverpool. He’ll be facing Denis Douglin (17-3, 10 KO’s) of New Jersey, USA. A win would pave the way for a world title bout against Anthony Dirrell; Groves became the number one challenger for Dirrell’s WBC … END_OF_DOCUMENT_TOKEN_TO_BE_REPLACED