I don’t considered them to be the best 20 contenders, just the best 20 with a plot worth selling. 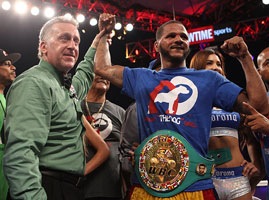 What an inspirational story; in 2007 Dirrell was diagnosed with non-Hodgkin’s lymphoma.  After a year away from the ring, Dirrell retuned to 2008.   With fight ending power, Dirrell became a fan favorite in the boxing community.  It all cumulated into a shot at the WBC title against Sakio Bika.  Although he came up short in his first attempt, he redeemed himself in the rematch, defeating Bika by unanimous decision.  The question is where Dirrell and Golden Boy go from here.  Andre Ward is a contract dispute, Carl Froch is looking for a big name, and I doubt Arthur Abraham is coming to America for a fight.  There are still names like Mikkel Kessler, George Groves and James DeGale, but can Golden Boy lure them to America?  Groves has his mandatory, but Gilberto Ramirez is rated behind Groves, will Golden Boy and Top Rank come together for a Dirrell-Ramirez bout?

Fight(s) I’d like to see:  In a recent interview, Dirrell stated he would like to face Chavez Jr. next.  It’s a great fight stylistically but I do not see it happening. 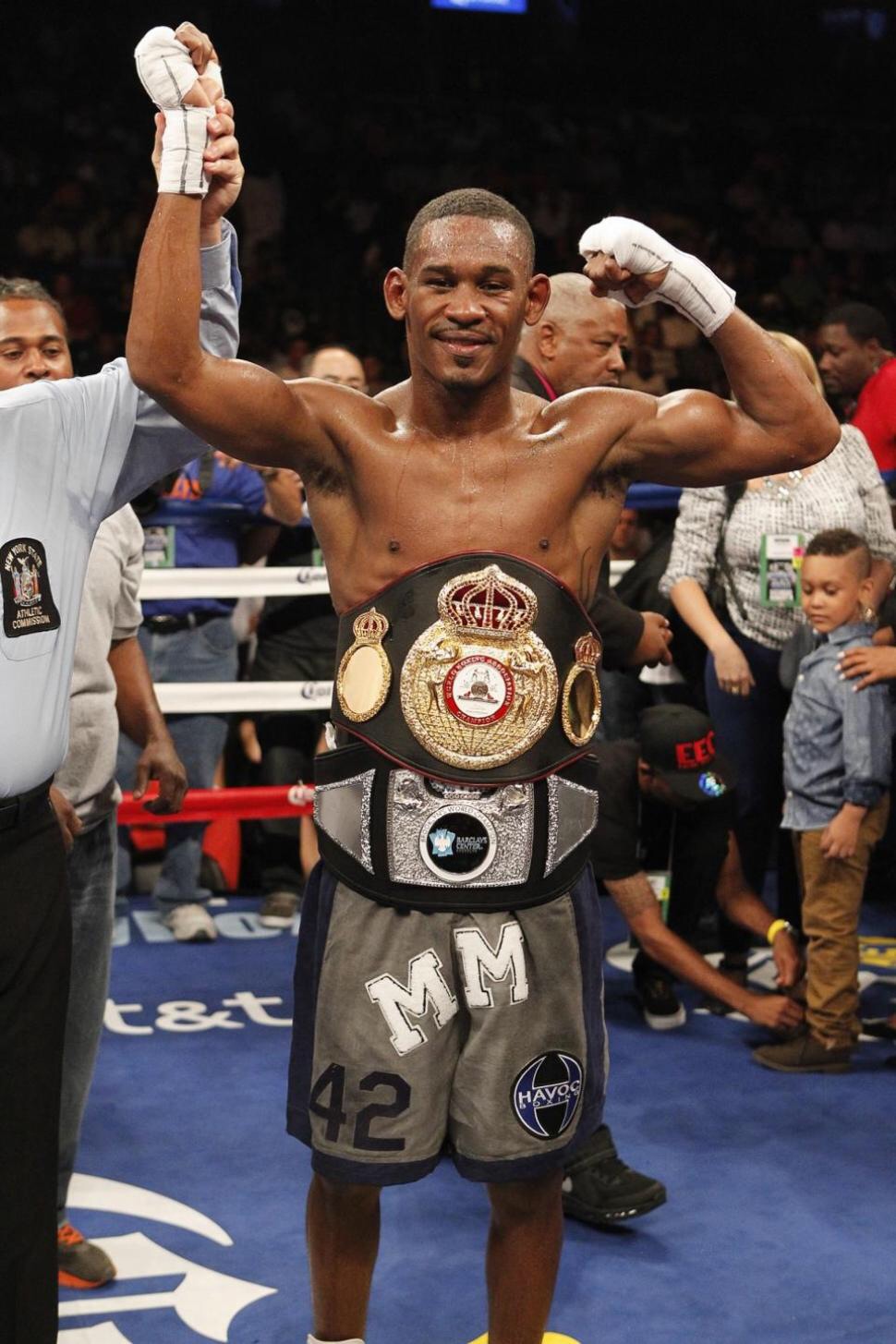 Just like Dirrell, Jacobs also had a bout with cancer as he was diagnosed in 2011 with osteosarcoma, a life-threatening form of bone cancer.   Jacobs sat out a year and 7 months before returning in October of 2012.  Jacobs has been matched very carefully since his return, including his bout for the WBA title, defeating no-name Jarrod Fletcher of Australia.

With the title secured around his waist, it’s time for Jacobs to step up the competition, he hasn’t been in a evenly matched bout since his knockout loss to Dmitriy Pirog.  There have been talks about a potential bout with Peter Quillin, even though Quillin vacated his WBO title.  Golden Boy has done a great job of making Jacobs a star in hometown of Brooklyn. Look for Jacobs to return to the Barclays center, in a main event on Showtime.

Fight(s) I’d like to see:  Other than Quillin, a bout with Super Champion Gennady Golovkin isn’t far-fetched.  Maybe Jacobs and Lemieux can do battle for a shot at Golovkin. 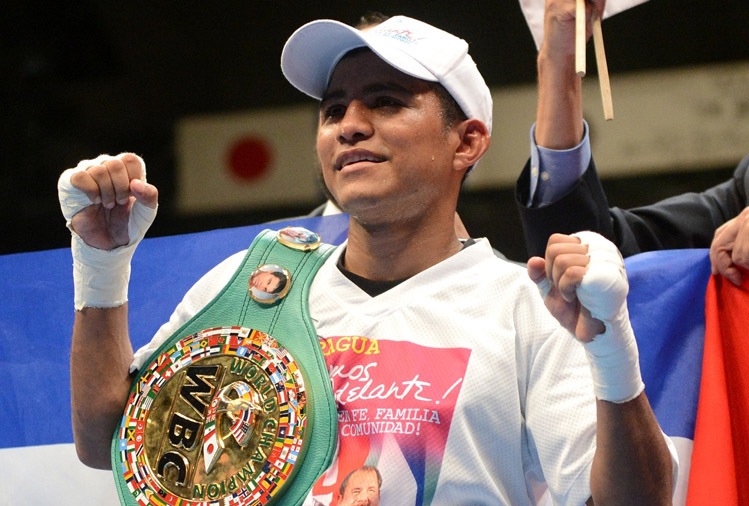 41 have tried, 41 have failed, sound familiar?  Gonzalez may be the next best fighter outside of Mayweather.   Unfortunately, he fights in a division that rarely gets any exposure, especially when he is fighting primarily in Japan.  Gonzalez hasn’t been tested since he won a majority decision against Francisco Rosas in 2009.

There is talk of a rematch with WBA Super and WBO Flyweight Champion, Juan Francisco Estrada.  Gonzalez easily defeated in him in 2012.

Fight(s) I’d like to see:  WBA Regular Champion Juan Carlos Reveco, who is riding an 18-fight win streak.  What about a move to the Super Flyweight division, where WBO Champion Omar Andres Narvaez is riding an 8-fight winning streak since losing to Nonito Donaire? 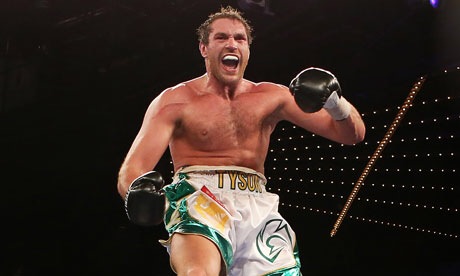 It doesn’t get any bigger than Fury, at 6’9, 255, he’s a towering presence.  However, he’s not just a brute, he can box and move like a lightweight. In his most recent performance, he easily drubbed Dereck Chisora.  Not only did he thoroughly out class Chisora, he did from the southpaw position.  Fury has it all: power, skills and charisma, and he’s a comedic goldmine when given a microphone.

There’s nowhere for the big fella to go but to the top.  He’s scheduled to fight in February but it’s doubtful it will be against the fighter he so badly wants, Wladimir Klitschko.  Klitschko is scheduled to return in April, possibly against Bryant Jennings.  And with Bimerne Stiverne and Deontay Wilder scheduled to fight for the WBC heavyweight title in January, Fury is on the outside looking in.

Fight(s) I’d like to see:  A bout against David Haye would huge in the UK.  A bout with Lucas Browne would be interesting.  Fury has to fight someone in February. Throw Antonio Tarver, Mike Perez and Malik Scott in the mix. 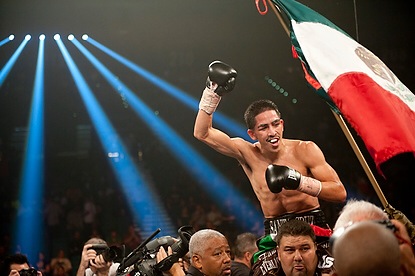 Cruz is a fight fan’s dream, a non-stop punching warrior who is willing to leave everything he has in the ring.  Cruz is still in need of a signature win though as he been matched perfectly in his career.  With big names, undefeated fighters and world champions in or around his division, it’s time for Cruz to face a cream of the crop.

With a January date scheduled for his return with no opponent named, I doubt will be a major fight.  Yet I believe 2015 will be the year Santa Cruz makes a case for greatness or joins the pack in chasing the big fights at 122 and 126.

Fight(s) I’d like to see: Guillermo Rigondeaux and Nicholas Walters are the big fish in the pond but it may be too soon for Santa Cruz.  Carl Frampton and Scott Quigg would be respectable bouts, but is Santa Cruz willing to travel out of country for those bouts.  The wild card, a bout with Abner Mares would be worth the price of admission.