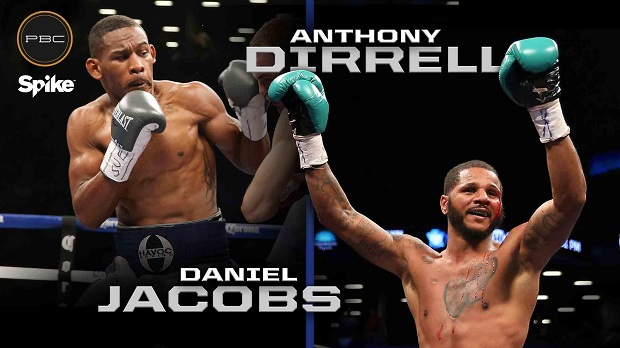 The story for Spike TV audiences will not be the challengers placed before them in the Premiere Boxing Champions event, but, rather, the battle each has already won.

Aside from being young world champions holding paper titles, both have come back from cancer to resume their boxing careers. Both are also wildcards in power broker Al Haymon’s PBC brand with the potential to develop into legitimate elite-level stars in their respective divisions.

The 30-year-old Dirrell (27-0-1, 22 KOs) will be making the first defense of the WBC super middleweight straop he took from Sakio Bika last August. He should have a relatively easy time against Mayweather Promotions’ stiff and underdeveloped Badou Jack (18-1-1, 12 KOs), who is just two fights and fourteen months removed from a first round TKO loss to Derek Edwards.

Dirrell, the youngest of the Dirrell brothers, is not as gifted as older brother Andre, but is infinitely more stable and focused in the ring. He should have little problem with Jack.

In the co-feature, Jacobs (28-1, 25 KOs) puts up the WBA middleweight title belt he won in his bout with Jarrod Fletcher last August against Minnesota native Caleb Truax (25-1-2, 15 KOs).

Truax is tough and moderately skilled, but is more of a regional talent than a true main stage player. Jacobs should pretty much have his way in this contest.

Expect an oddly disconnected audience on Friday as the main event set-ups play out. Most of the audience in the mega-Polish market of Chicago will be there to see Polish heavyweight Artur Szpilka (17-1, 12 KOs) against journeyman (not early 20th Century baseball superstar) Ty Cobb (18-6, 10 KOs) on the undercard.

Unfortunately, most of the intrigue from Friday’s PBC on Spike TV card will take place during the off-TV undercard and during both main eventers’ pre-packaged bios chronicling their battle with cancer. Once the actual televised fights start, however, don’t expect anything more than showcase squashes.