I don’t considered them to be the best 20 contenders, just the best 20 with a plot worth selling.  Hey, Shannon Briggs is entertainment waiting to happen. 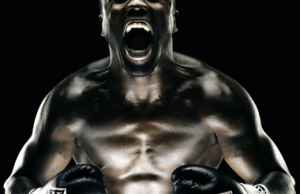 US #12
Andre Berto was destined for greatness following a successful amateur career.  Berto was blessed with blazing hand speed and fight finishing power, starting his career with a 27-0 record.  In the process, he claimed the WBC Welterweight title. However, since the devastating earthquake to his home country and family of Haiti happened, he is a mere 4-3.  During that time he has also dealt with numerous injuries that include a torn bicep and a torn rotator cuff in his shoulder. There is no doubting his natural abilities as a fighter and in recent bouts with Ortiz, Guerrero and Soto Karass, there is no doubting his heart.  With a confidence building win against Steve Upsher Chambers, Berto heads into 2015 with lofty expectations.

Fight(s) I’d like to see:  Berto vs. Diego Chaves, to see just where Berto is mentally and to see if he’s ready for that next level.  If Berto is trying to make a statement, Timothy Bradley is a crossroads bout for both fighters. 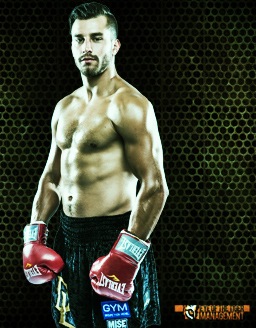 Rank:  World #12
Lemieux started off his career with an impressive 25-0 record, with 24 of those wins coming by KO.  However, in 2011, he suffered back-to-back losses to Marco Antonio Rubio and Joachim Alcine.  Many critics wrote him off as another Canadian prospect who was more of a hype job than contender. Since a devastating 2011, Lemieux has bounced with an impressive 8-0 record, with 7 wins by knockout.  In the process, he’s rebuilt his reputation as a feared individual.  With his recent performance against Rosado, many are hailing him as a threat to Gennady Golovkin.

Fight(s) I’d like to see:  If the Golovkin bout isn’t made next, a bout with Andy Lee could be an exciting fight. 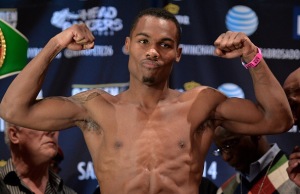 2014 saw Charlo go 3-0, defeating gatekeeper Gabriel Rosado in the process. Charlo was scheduled to face WBO Champion Demetrius Andrade on December 13th.  Unhappy with the purse, Andrade pulled out, leaving Charlo to face Marco Alberto Lozano. Unfortunately, Charlo didn’t impress with his performance against Lozano.  He shut him out but ringside observers were left wondering what would have happened if Andrade didn’t pull out.

Fight(s) I’d like to see:  Golden Boy needs to pony up the moolah for an Andrade bout.  If not, Vanes Martirosyan or Ishe Smith will prove if the Lozano bout was just an off night.

After a controversial loss at the 2004 Olympics, Mares debuted under the Golden Boy Banner.  He sprinted out of the gates to a 20-0 record.  In his first title bout, he drew with undefeated, Yonnhy Perez for the IBF Bantamweight Title.  It was a slight bump in the road that would eventually lead to 3 World titles. It also led him to a title bout against fellow countryman, Jhonny Gonzalez.  At 54-8, with 14 years under his belt, Gonzalez was seen as the name to take Mares to the next level.  What very few expected happened, though, as Gonzalez starched Mares in 1 round. Mares has rebounded with 2 straight wins since the devastating loss to Gonzalez.  After defeating Jose Ramirez on December 13th, Mares stated that he wants revenge against Gonzalez.

Fight(s) I’d like to see:  Jhonny Gonzalez, period. Although, Mares mentioned a bout against Leo Santa Cruz, think of the action that fight would produce.

Under new trainer, Roy Jones Jr, Vargas has defended his newly won WBA belt twice.  In those 2 wins, Vargas has become an action-packed fighter, giving the fans fights excitement worth the price of admission. Vargas and Antonio DeMarco waged a phone booth battle in their bout on the Pacquiao-Algieri undercard. As a belt holder, Vargas will soon have to step up to the big league.  Although his recent bouts have been exciting, he lacks punching power and the ability to separate himself from B level fighters.