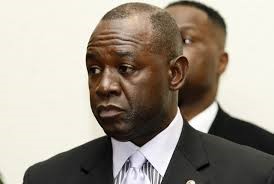 It’s easy to criticize boxing judges. But it’s not that easy to have a sound basis for the criticism. One needs to see the fight the judge saw to be in the position to rightly criticize. Critics should temper criticisms in light of the situations boxing judges are in when judging fights. And judges should likewise understand criticisms from the boxing public however baseless these may seem. Judges are judged.  — Epifanio M. Almeda (PhilBoxing.com)

The halo effect refers to a bias whereby the perception of a positive trait in a person or product positively influences further judgments about traits of that person. One of the more common halo effects is the judgment that a good looking person is intelligent. The phrase was coined by psychologist Edward Thorndike in 1920 to describe the way commanding officers rated their soldiers.

There is also a reverse halo effect whereby the perception of a negative or undesirable trait in individuals, brands, or other things influences further negative judgments about the traits of that individual, etc. If a person “looks guilty, for example, anything he or she says or does may be judged with suspicion. The hope that the halo effect will influence a judge or jury is one reason most criminal lawyers like their clients to be clean-shaven and dressed neatly when they appear at trial.

Also, once a judgment about negative traits is made, that judgment influences future perceptions so that they confirm the initial judgment. That is known as confirmation bias. Thus, when a boxing commentator launches himself into a tirade over judging in a particular fight, he may be engaging in confirmation bias—a kind of “See, I told you so.” (See: https://www.youtube.com/watch?v=htmjXsZjUX4 )

Boxing judges are human. They deal in a subjective world, and anyone can have an off night. But unless a clear and documented pattern is present (perhaps as in the case of Texas’s Gale Van Hoy), judges should not be subject to the reverse halo effect.

In the recent Timothy Bradley vs. Diego Chavez fight that ended in a draw, the highly respected and reliable judge Julie Lederman had it 116-112 for Chavez which prompted much criticism and this nasty  from Bob Arum: “Julie Lederman [of New York] should not be allowed to judge in this state anymore. That was the worst decision. I had it 8-4 for Bradley. I could see it 7-5. OK, maybe even 114-114. But her scorecard for Chaves was an absolute disgrace.”

It seems safe to assume that Arum will henceforth apply the reverse halo effect to Lederman despite the fact she is a premier judge. Arum, of course, had no such criticism of the equally controversial scoring of the Jose Benavidez vs. Mauricio Herrera match inasmuch as he has a big stake in Benavidez.

There are many fine judges working fights these days, but to name a few is to risk excluding others. Nevertheless, Lederman, Glen Feldman, Dave Moretti, Joe Pasquale, Hubert Earle, Benoit Roussel, Tom Shreck, Don Trella, and a few others quickly come to mind. But no matter what their prior track record might be, it often is the case that if they make one “questionable” call in the eyes of fans, certain promoters, and/or certain boxing commentators, they are tagged as “bad” judges and become a dart board for Bob Arum’s selective criticism. That is simply wrong.

From my own subjective perspective, Julie ranks extremely high and this is borne out by the more quantitative Pod Index which I recently wrote about (see: http://theboxingtribune.com/2014/12/the-pod-index-a-step-in-the-right-direction/ When she first hit the scene, cries of nepotism and politics accompanied her, but those complaints have long since evaporated.

Of course, the reverse halo cuts both ways. Case in point: HBO commentator Harold Lederman surmised (and virtually predicted) before the December 13 fight between Herrera and Benavidez that maybe Herrera‘s considerable boxing skills but lack of power are something the judges may not be impressed with. Sure enough, Veteran Judge Max DeLuca and under-the-radar Erik Cheek had it 116-112 while Dave Moretti scored it 117-111 all for Benavidez. The usually reliable Moretti and DeLuca fell squarely into the Lederman trap and in my view they themselves guilty of the reverse halo effect.

It bears repeating, however,  that those who might criticize Moretti and DeLuca in the future based on this one weekend may be also be falling under the guise of “confirmation bias” to wit:. They feel their suspicion of botched judging confirmed. Thus, the concerned judges’ reputation may be unfairly tarnished in the future —and the beat goes on and on.

The arguments rage on to improve the quality of judging, but aside from recommendations from Jim Lampley and the ever–emotional Teddy Atlas, there have been few solid suggestions.  Moreover, some of the judges seem to be in denial.  Veteran judge Dave Moretti says “You have people who are concentrating for three minutes, looking at nothing but the gloves, nothing but the punches. These other people are judging from TV, they’re judging from twenty rows back and they don’t see the effect of the punches all the time.”

Maybe so, but I submit that people who are watching the fight on a monitor have a much better vantage point.  In fact, the TV announcers use monitors and there is absolutely no reason why the judges should not use them. As A boxing aficionado recently pointed out to me:

“The view the judges get is in no way as good as the view provided to those who watch on television.  Judges often get blocked by the referee, and often by the back of a fighter who is working an opponent on the far side ropes nearly a decade past the moment when football and basketball have chosen to follow suit, boxing still won’t give ringside judges a monitor to refer to for a cleaner view. That step would cost practically nothing. Give the judges a small monitor with a clean feed—no commentary, no graphics, just the video—and give them at least a fighting chance to be on the same page with viewers who continue to lose confidence in them.”

The people at Pod Index.org have created a great way to track the consistency of each judge and break down how often each judge agrees with the others on a round-by-round basis.

This methodology, along with the use of monitors and instant replay (see below), can only contribute to closing the gap on subjectivity. It might also ease the notion that being a boxing judge can be a thankless endeavor where attention is received only when something controversial and/or negative occurs resulting in a reverse halo effect situation.

Use of Instant Replay

You have to make those decisions right there, on the spot, by using instant replay. I have no problem making on-the-spot decisions. That’s what leadership is all about. If a referee makes a mistake, he should be overruled. It’s only fair to the fighters.”Most fighters only get one major opportunity, especially a world title fight. If a guy is fighting for a world title and loses, he might never get another shot. It would really be a shame if a referee makes a mistake and costs a fighter a chance at a victory. We have an opportunity to do something about that in boxing and we should—Larry Hazzard-NorthJersey.com (November 8, 2014)

Instant replay inexplicably has rarely been utilized but it would minimize, if not eliminate some of the mystery associated with knockdowns vs. slips, accidental fouls vs. intentional fouls, if a cut was the result of a legal strike or a head butt, or whether or not a blow occurred before the bell rang, particularly when the issues are called in the late rounds and can turn the fight..

Hall of Fame member Hazzard feel that the use of instant replay will put boxing at the level of the four major sports when it comes to getting the calls right.

Let’s help get Boxing into the Technology Age. Instead of tearing down the sport, let’s improve it.